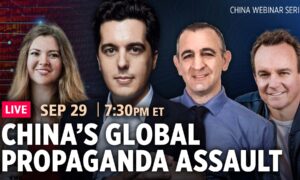 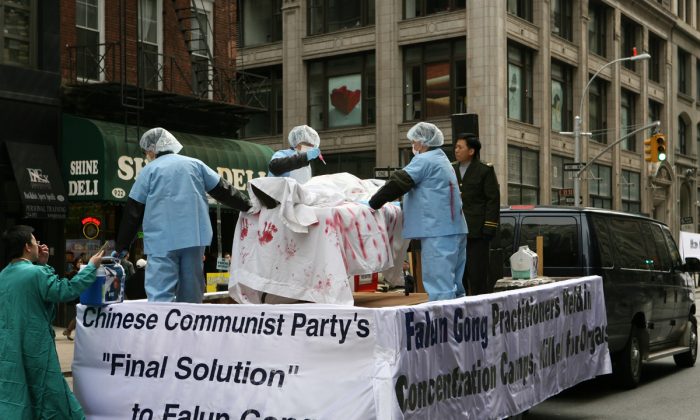 This report is a compilation of information provided by an individual who identifies himself as a veteran military doctor in Shenyang military zone in Shenyang, Liaoning province, China. The Epoch Times has only added headings. The Epoch Times encourages more people to give us inside information about Sujiatun Concentration Camp or other similar camps imprisoning Falun Gong practitioners. The Epoch Times will be discreet and careful about your personal safety.

I am a senior military doctor in the logistics service in the army in Shenyang military zone. For safety’s sake, I will not disclose my identity for now. The reports from outside China about Sujiatun Concentration Camp imprisoning Falun Gong practitioners are true, although some of the details are incorrect. The so-called underground Sujiatun Concentration Camp does exist. Organ harvesting is routine there. It is also a common practice to cremate dead or even living Falun Gong practitioners.

As many state regulations have stipulated, the top level of each provincial government has the authority to establish “recycling organizations” to process felons in the military zone under its jurisdiction. This practice is warranted by a legal document that the Chinese Communist Party’s Central Military Commission established as early as 1962. This practice has never stopped to this day. According to the regulations in the document, death-penalty prisoners and felons may be processed according to the development needs of the state or of socialism. During the Great Cultural Revolution, the most extreme way to process these prisoners was to use their bodies for food. The second-most extreme way was to use them as slave labor for engineering or production work.

Since 1992, such a practice has become public. Due to the development of many related businesses, human bodies have become profitable raw materials. Living human beings, as well as dead bodies, have become industrial raw materials.

Many crematoriums in China do not actually cremate the bodies after they receive them. Instead, these bodies are transferred elsewhere through secret tunnels. In many cases, the ashes given to the families of executed prisoners came from animals or from other people’s bodies. Some of the bodies given to the families were even ancient Chinese people or victims of WWII. The actual bodies are sold at high prices to many different types of state-owned factories as raw materials for different products via many different channels. Nearly all the large crematoriums in China are engaged in such underground businesses.

Based on information I have access to, the largest concentration camp is in Jilin Province. This concentration camp, codenamed 672-S, imprisons over 120,000 people. A large number of Falun Gong practitioners, felons, and prisoners of conscience from all over China are there, but I do not know its address.

More Than 10,000 People Detained in Sujiatun Concentration Camp in Early 2005

In the so-called underground concentration camp of the Sujiatun District Hospital, there were indeed over 10,000 people kept there in early 2005, but at the present time, the number of detainees there is maintained at 600-750. Many detainees have been transferred to other concentration camps.

5,000 People Can Be Transferred in 24 hours by Covert Rail Routes

It takes no more than a day to transfer 5,000 people in a closed freight train on a special route. I have witnessed a specially dispatched freight train transferring over 7,000 people in one trip from Tianjin to the Jilin area. It ran at night, guarded by the Chinese army. Everyone on the train was handcuffed to specially designed handrails on top of the ceiling like rotisserie chickens.

It is useless to enter Sujiatun trying to investigate the concentration camp because it is easy to transfer several thousand people.

One must understand that based on the latest decisions by the Chinese Communist Party’s top level: The Chinese Communist Party’s Central Committee agreed to treat Falun Gong practitioners as “class enemies” and to handle them in any economically beneficial manner without having to report to higher authorities. In other words, Falun Gong practitioners, like many actual felons in China, are no longer regarded as human beings, but as raw materials for commercial products. They have become commodities.

This is as much as I can tell you.