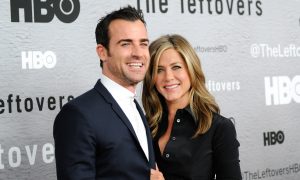 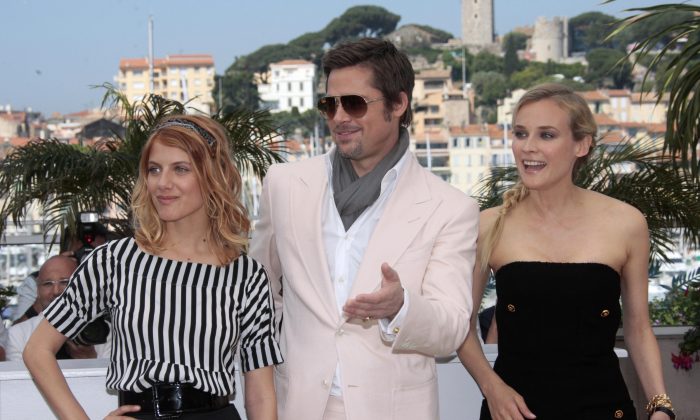 French actress Melanie Laurent (L), US actor Brad Pitt and German actress Diane Kruger pose during the photocall of the movie 'Inglourious Basterds' directed by Quentin Tarantino in competition at the 62nd Cannes Film Festival on May 20, 2009. (AFP/Getty Images)
Entertainment

Angelina Jolie and Brad Pitt did not have a huge fight recently, despite pictures that seem to show them fighting, according to a new report.

The source also denied any tension between Jolie and Pitt over Melanie Laurent, who is starring with Pitt in in the upcoming movie By the Sea, which Jolie is directing.

“While Angelina did cast her in the movie, sources say she’s been regretting her decision,” Star magazine said in a recent report, alleging Jolie is “increasingly jealous of Brad’s friendship with the pretty blonde.”

The magazine also said  that Pitt and Jolie had a “knock-down, drag out fight” at the hotel in Sydney, during which Pitt “exploded” at his wife.

“Brad knows she’s stressed out, but he’s sick of bearing the brunt of it. He wants her to figure out her priorities and get healthy — mentally and physically,” a source said.

The fight was written off by some but then another tabloid published pictures that appear to show Pitt and Jolie shouting at each other, then Pitt storming away and Jolie smoking a cigarette.

The 13 pictures were published by In Touch magazine.

“When Brad threw up his arms, you could see the frustration on his face. He was clearly exasperated with her,” an eyewitness said. “They kept talking over each other and putting their hands up in anger. They were upset but getting nowhere. Angie looked like she was on the verge of tears.”

The source also said that Pitt doesn’t want his wife smoking at all.

The Star source also says that Jolie’s habits–presumably including the smoking–are “insanely unhealthy” and set a bad example for her children, and that Jolie is “wasting away in front of her loved ones’ very eyes.”

But a source close to both Jolie and Pitt told Gossip Cop that the story about the fight and the other allegations “is absurd.”

“They’re thrilled to be working together. There have been no issues,” the source added about the alleged jealousy over Laurent.

“This is more of the same, from an outlet that’s proven itself to be among the very worst in sensationalizing supposed Pitt-Jolie relationship problems,” the blog added, without referencing the pictures.