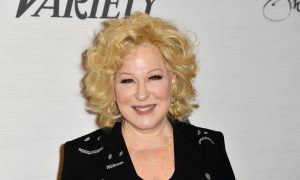 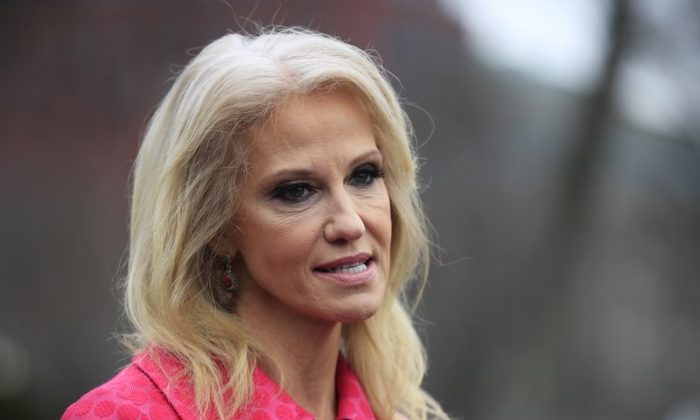 President Donald Trump said that won’t fire top adviser Kellyanne Conway, after a government watchdog claimed she violated the Hatch Act, a law that prohibits federal employees from activities that can influence an election.

“It really sounds like a free speech thing,” he said, adding that Conway has a right to answer any questions that reporters ask her.

Trump said that he’ll receive a briefing on the report, which was issued by the Office of the Special Counsel (OSC) on June 13. OSC is an independent federal ethics agency that is unrelated to former special counsel Robert Mueller’s investigation into Russian interference with the 2016 election.

“No I’m not going to fire her,” Trump defends Kellyanne Conway, saying that “it really sounds to me like a free speech thing” – says she should have a right to answer all of the questions on media

“I’m not going to fire her,” says @POTUS of @KellyannePolls. He says the @US_OSC report is trying to take away her free speech. He says he’ll get a “strong” briefing on the Hatch Act report, but says it seems “very unfair.”

Trump’s lawyer Rudy Giuliani also slammed the report, writing on Twitter early on June 14: “Applying the Hatch Act to someone appointed as a communicator for the President is an absurd contradiction. The law must be interpreted to avoid an irrational or unconstitutional result.

“President Trump is correct not to fire her. Kellyanne is just doing her job too well.”

Applying the Hatch Act to someone appointed as a communicator for the President is an absurd contradiction. The law must be interpreted to avoid an irrational or unconstitutional result. @realDonaldTrump is correct not to fire her. Kellyanne is just doing her job too well .

Conservative outlets have noted that multiple Obama administration officials were said to have violated the Hatch Act, but weren’t removed from their positions.

White House counsel Pat Cipollone issued a scathing letter in response to the alleged violation, writing that the “report is based on multiple fundamental legal and factual errors, makes unfair and unsupported claims against a close adviser to the president, is a product of a blatantly unfair process that ignored statutory notice requirements, and has been influenced by various inappropriate considerations.”

He said the office should retract the report, demanded documents related to the document’s preparation, and asked the watchdog to engage in dialogue with the White House.

Cipollone said that the office provided the White House with a copy of the report on Conway at 5 p.m. on May 29 and demanded a response by 9 a.m. the following morning.

“OSC’s patently unreasonable demand for an overnight response, standing alone, shows that the report was the result of a fatally flawed process,” Cipollone wrote.

The report accused Conway of violating the Hatch Act on several occasions, including through her use of Twitter and appearances on television. In a letter accompanying the report, special counsel Henry Kerner asks Trump to remove Conway to set an example for other federal employees.

“As a highly visible member of the administration, Ms. Conway’s violations, if left unpunished, send a message to all federal employees that they need not abide by the Hatch Act’s restrictions,” Kerner wrote. “Her actions erode the principal foundation of our Democratic system—the rule of law.”