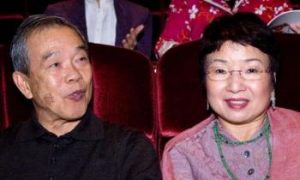 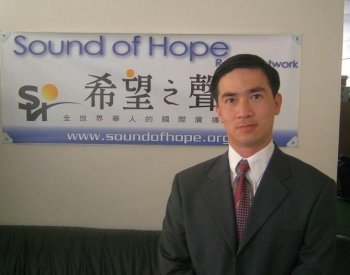 Sound of Hope Bucks the Trend and Expands Broadcasts to China

By Shanshan Wu
biggersmaller
Print
While BBC is canceling its Mandarin broadcasts in April 2011 and Voice of America (VOA) its Mandarin and Cantonese broadcasts in October 2011, Sound of Hope Radio (SOH) Network announced that it will be expanding short-wave broadcasting to China to meet the demands of its Chinese audience.

Based in San Francisco, California SOH has broadcast to China two hours every day since 2004. SOH’s broadcasts have increased every year in its six years of operation, with its recent addition of 4.5 hours bringing its average daily shortwave broadcasting hours to 20.

Network president Allen Zeng indicated that SOH has long wished to expand its shortwave broadcasting. However, “If BBC and Voice of America are canceling their Mandarin broadcasts to China, we will be losing two important companions. Our Chinese audience may feel let down by the loss of their freedom of information. Therefore, I feel that we now shoulder an even greater responsibility.”

According to China Internet Network Information Center’s recent statistics, China has 450 million Internet users and 730 million adult non-Internet users. Of the 450 million Internet users, 60 percent are under the age of 30, most are young people or urban residents. Most of the remaining population, which consists of citizens over the age of 50, residents of rural or small and mid-size urban areas, and a mobile population of up to 230 million people including migrant workers, either do not have access to or do not know how to use the Internet; they are the ideal audience for shortwave broadcasts.

According to CCP statistics, there are a total of 500 million radios in Chinese households and many can receive short or medium wave radio. Foreign shortwave broadcast has long been the source of reliable information for Chinese people, and was the only way they received true information during the June 4 crackdown of the democracy movement in 1989. Due to China’s size even China National Radio uses over 80 shortwave frequencies to cover the nation.

Allen Zeng said that SOH is currently increasing its shortwave broadcast to China instead of decreasing them. “China is still controlled by a totalitarian regime and the Chinese people’s rights are not being protected by the press. They are truly in need of freedom of information, yet the Internet can only be accessed by one-third of the people.

“During recent events in Egypt the totalitarian government was able to censor the Internet, indicating that the Internet is not always reliable. For us a variety of news sources is necessary.”

Zeng says that SOH has long systemically invested in shortwave broadcast to China, and is fourth in China broadcasting radio stations after VOA, Radio Free Asia and Radio Taiwan International. It is also the largest private broadcaster to China, creating and broadcasting over 20 thousand radio programs each year.

Zeng said that SOH will do its best to shoulder the responsibility of bringing uncensored information to the people of China, adding that, “The international community should understand the needs of the Chinese people and invest extensively in China’s free access to information, including the Internet, large-scale shortwave broadcasting, and satellite television, in order to truly aid China towards positive progress.”