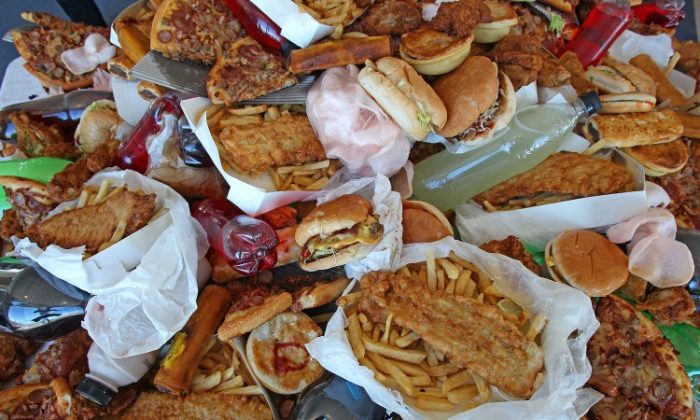 Junk food like the items sitting on this table will no longer be advertised to children in Norway under a new proposal that was announced Tuesday. (Scott Barbour/Getty Images)
Europe

The ban would cover television ads and advertising in other mediums, reported the VG newspaper. Although the ban is designed to limit advertising to under 18-year-olds, it has been suggested that it will impact most Norwegians.

Other foods that would be subjected to the ban include chewing gum with sugar, yoghurt candies, sweet juices, sweetened milk drinks, and sugar cereals.

“The Health Directorate believes the regulation of marketing unhealthy foods and drinks to children and young people is a very important step in the effort to discourage unhealthy eating habits and unhealthy weight development,” reads a statement from the Health Ministry.

According to government statistics, around one-fifth of 8- and 9-year-olds in Norway are overweight or obese.

Health Minister Jonas Gahr Store told the Aftenposten (“The Evening Post”) newspaper that he believes Norwegian “authorities have a responsibility to protect the public against the most dangerous” types of foods.

There have been greater calls around the world to ban junk food advertisements aimed at children, as well as to prevent such products from being sold in schools.

“This new initiative is truly a game changer for the health of our children,” said Obama at the Disney press conference in June. “Disney is doing what no major media company has ever done before in the United States,” she added.

Five years ago, California public schools placed a ban on junk food in cafeterias, including candy bars and sweets. In May, a report shows that the ban has made it so that high school kids consume less calories per day than students in other states.