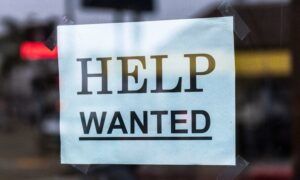 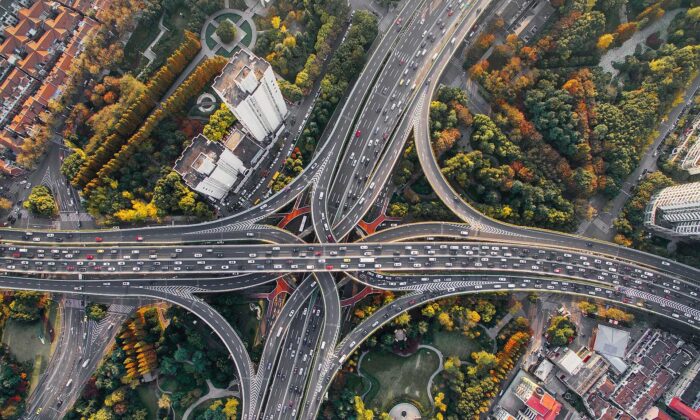 The Biden White House is furiously trying to cajole congressional Republicans into signing off on his $2 trillion “infrastructure bill.” So far, they’ve held firm in saying not just no but “hell, no” to new taxes and spending to pay for all this.

It turns out that a bill to fix our roads and bridges, modernize our water and sewer systems, and upgrade ports and airports doesn’t require $1 of new spending. West Virginia Republican Sen. Shelley Moore Capito, who has been negotiating with the Biden team on a public works bill, has been slyer than the foxes in the Biden administration. She points out correctly that there’s enough money already appropriated by Biden that can be “reprogrammed” for real infrastructure.

If we take out the $1 trillion-plus spending in the Biden plan for fake infrastructure—I’m speaking of the deluge of subsidies for wind, solar, and electric vehicle manufacturers—then it’s easy to pay for road repairs, fixing bridges, and modernizing internet access services with about $600 billion.

Where will that money come from? Easy. Take it from the unspent slush fund dollars crammed inside the bloated $1.9 trillion American Recovery Act, which passed back in March. COVID-19 is over, so the money isn’t needed any longer.

I’ve discovered four pots of money adding up to more than half a trillion dollars that should be reassigned for fixing our infrastructure.

Step No. 1: Take back $175 billion in blue-state bailout money. Most states have budget surpluses, not deficits, thanks to the stock market rally and quicker than expected recovery from COVID-19. Yet Congress gave states and cities $350 billion that they don’t need. States that received big payments include: California, $42 billion; New York, $23.5 billion; Texas, more than $20 billion; and Florida, $17 billion. Half this money still hasn’t been sent to the states and should be reallocated for vital infrastructure. Flush with cash, Bloomberg reports states are spending the money on NASCAR subsidies, tourism programs, sending $2,000 checks to residents, and helping lobster farmers (in Maine).

Step No. 2: Stop paying $300 a week for supplemental unemployment benefits. The Biden bill provided $300 billion for this program, but with 8.1 million job openings, we shouldn’t be paying people not to work. At last count, 25 governors have said no to the money, and if Congress would cancel the program, we save $150 billion.

Step No. 3: Reassign federal education dollars allocated for schools and teacher unions in years 2022–28. The Biden bill handed out $129 billion for government schools that have been mostly shut down and would be spent through 2028! That’s on top of $67.5 billion in extra federal money the Trump administration allocated to schools during the pandemic. Since COVID-19 is over, let schools keep the $6 billion for this year, and the remaining $123 billion can go to infrastructure.

Step No. 4: Declare a war on Washington waste. Polls show Americans believe that about 25 to 30 cents of every dollar spent in Washington is wasted. To find the waste, Congress can simply go to the website Open the Books at OpenTheBooks.com, which lists tens of billions of dollars of outrageous spending. This is what any business would do. Why not Uncle Sam?

Biden has said that upgrading our infrastructure and the safety of our bridges is a top national priority. He is right. But what isn’t a national priority is the $2.2 trillion in debt spending he wants to pay for it. If Republicans cave in to the progressive agenda that Biden has laid out, they will be co-conspirators in the bankrupting of America.