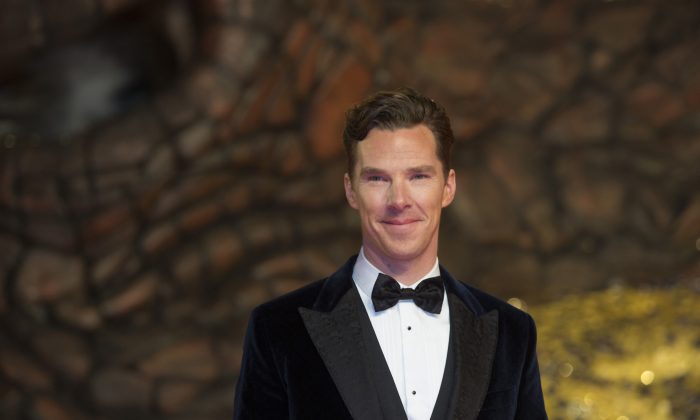 In this Dec. 9, 2013 file photo, British actor Benedict Cumberbatch arrives for the European Premiere of the movie "The Hobbit: The Desolation of Smaug" in Berlin. Sherlock’’ star Benedict Cumberbatch has announced his engagement to theater director Sophie Hunter, making the news public with a minuscule eight-line announcement in The Times newspaper in London. (AP Photo/Gero Breloer, file)
Entertainment

Sophie Hunter and Benedict Cumberbatch were engaged this week, and now a report is saying that the “hasty” engagement could be because Hunter is pregnant.

Cumberbatch, 38, announced the engagement to Hunter, 35, in the Times of London.

Hunter is a theatre and opera director as well as an actress.

Cumberbatch has become one of the best-known actors, rising in fame since starting to star in Sherlock.

The report by Celeb Dirty Laundry, a gossip website known for its speculative reports, claims that “we’re now hearing rumors that Sophie Hunter might actually be pregnant.”

“The pair has reportedly only been dating since the summer, so it’s a very hasty decision to get engaged so soon, no?” it said. “Especially with someone like Benedict Cumberbatch, who meticulously plans and re-plans every move in his life.”

The report noted that Cumberbatch was with ex-girlfriend Olivia Poulet for 12 years without getting married.

“It’s also possible that he just had an itch to get married and settle down, since he’s always talking about fatherhood and having kids,” the blog said.

No other reports from other media outlets seem to reference Hunter potentially being pregnant.

Apparently Hunter has been subject to pregnany rumors before, seemingly because she wore a fake baby bump to a party in 2009 when she “cosied up to rocker Johnny Borrell,” reported Now Magazine.

But an eyewitness said “she definitely wasn’t pregnant [a day prior].”

No wedding date has been announced as of yet.