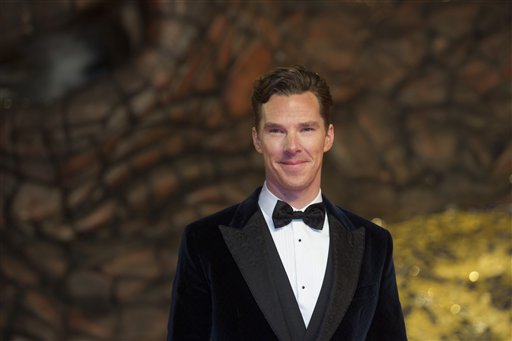 In this Dec. 9, 2013 file photo, British actor Benedict Cumberbatch arrives for the European Premiere of the movie "The Hobbit: The Desolation of Smaug" in Berlin. Sherlock’’ star Benedict Cumberbatch has announced his engagement to theater director Sophie Hunter, making the news public with a minuscule eight-line announcement in The Times newspaper in London. (AP Photo/Gero Breloer, file)
Entertainment

Sophie Hunter, Benedict Cumberbatch Fiancee: Who is She? Facts and Photos

Benedict Cumberbatch has become engaged to actress Sophie Hunter, and fans are wondering about Hunter.

Cumberbatch, 38, announced the engagement to Hunter, 35, in the Times of London.

“The engagement is announced between Benedict, son of Wanda and Timothy Cumberbatch of London, and Sophie, daughter of Katharine Hunter of Edinburgh and Charles Hunter of London,” the announcement read.

Hunter is a theatre and opera director as well as an actress. She directed the North American tour of the play 69 degrees South, which portrayed the voyage of Antarctic explorer Ernest Shackleton, and the New York production of the oepra The Rape of Lucretia, among other plays and operas.

Hunter has also appeared in a number of films and television shows, including Torchwood and Misdomer Murders, and the 2004 adaptation of “Vanity Fair” starring Reese Witherspoon.

They started dating earlier this year.

Hunter, who gained a degree in Modern Langauges from Oxford University, is also an award-winner, having received the 2007 Samuel Beckett award for writing and directing her own play, The Terrific Electric, at the Barbican Centre.

Both Hunter and Cumberbatch hail from distinguished family lines. Hunter’s parents are divorced.

After the 2012 split, his sister Tracy Peacock told The Sun: “You would have to be a pretty smart cookie to keep up with him. I think that is possibly why he has trouble with girlfriends.”

The 38-year-old Cumberbatch became a global star with his modern-day portrayal of the cerebral sleuth Sherlock on BBC, and is being praised for his role as code-breaking genius Alan Turing in “The Imitation Game.”