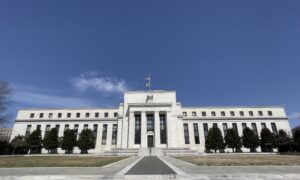 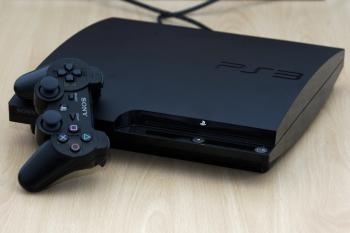 Sony's Playstation PS3 'Slim' is seen during the 'gamescom' in Aug 2009 in Cologne, Germany. Sony introduced a motion controller called the Move for its Playstation to compete with Nintendo's popular Wii. (Alex Grimm/Getty Images)
News

The PlayStation Move, which Sony said would be available in third-quarter 2010, will be available as a peripheral for Sony's PlayStation 3 gaming console. The device is expected to sell at $100, and will include a motion controller, PlayStation Eye sensor, and a motion-controlled game.

Videos posted online show the Move to be a black controller, sized about the same as Nintendo's Wii Remote motion controller, with a lighted bulb at one end. Sony said that the PlayStation Move would sell with different-colored bulbs.

The Move allows gamers to control objects in games, such as swords, weapons and other forms of gaming motion. Sony has long been expected to introduce a motion controller to compete with the Wii Remote, the motion controller at the heart of Nintendo's best-selling Wii gaming unit.

Analysts believe that the Wiimote redefined gaming experience and allowed Nintendo to break out as a market leader in gaming consoles.

Nintendo, long a third-place in the gaming console market, behind Sony's PlayStation and Microsoft's XBox offerings, surprisingly took the number-one spot with its release of the Wii gaming console. In December 2009, the Wii broke the record for the best-selling gaming console in the United States for a single month, reportedly selling 3.81 million units.

Peter Dille, senior vice president of marketing for Sony Computer Entertainment, spoke at the GDC in San Francisco, saying that he expected gamers to move from the Wii to the PlayStation due to "the experience that you can get on the PlayStation Move but also because of the content that we find on PlayStation 3," as quoted by Associated Press.