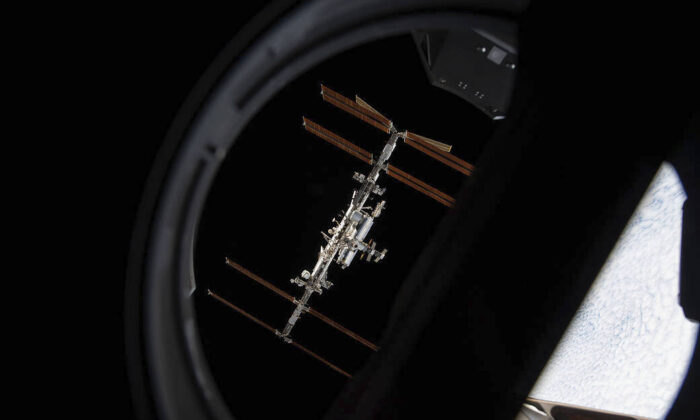 The International Space Station is pictured from inside a window aboard the SpaceX Crew Dragon Endeavour on Nov. 8, 2021. (NASA via AP)
Tech

Sony has formed a new company to facilitate communication in space through the use of lasers, following SpaceX in integrating the relatively new technology for relaying information across long distances in Earth’s orbit.

On Wednesday, the Japanese legacy technology company registered the Sony Space Communications Corp., a subsidiary which is seeking to use lasers as an alternative means of communication to avoid a bottleneck of competing radio frequencies.

Sony remained mum about many of the details of the new company’s operations, not specifying when it expects the laser communications systems to go into operation, how much was already invested in the company, or whether it has already enlisted existing telecommunications companies as customers for the service.

“The amount of data used in orbit is also increasing year by year, but the amount of available radio waves is limited,” said the new corporation’s president.

By using lasers, the company hopes to avoid the clutter that has become a likely problem in extraterrestrial communications as more satellites than ever enter Earth’s orbit. At present, there are about 12,000 satellites in orbit; the great majority of these were launched in recent years, as the mid-2010’s saw a rapid increase in the rate of satellites entering activity.

The current rate of satellite creation appears to be accelerating still, with companies such as SpaceX and Blue Origin making rocket launches more affordable every year. In addition to a higher risk of collisions between satellites, the boom in the satellite industry raises concerns that competition for limited radio wave bandwidth will muddy the waters of wireless communications.

In undertaking this laser communication project, Sony follows in the footsteps of SpaceX, which pioneered the technology and installed laser communication systems in its Starlink satellites last year. Sony claims it achieved a successful test with the technology in 2020, using lasers to transmit a high-definition image from the International Space Station to a Japanese ground station.