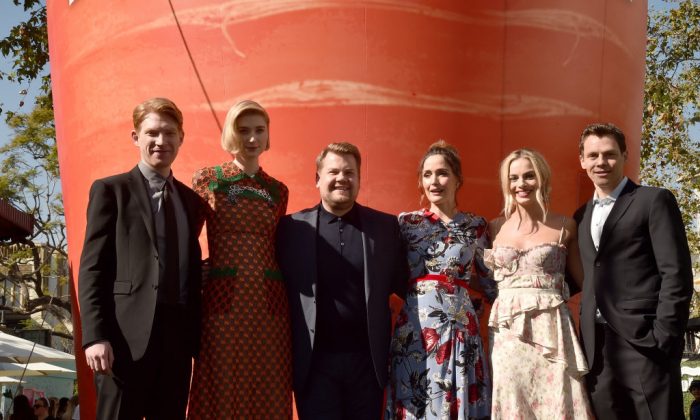 The makers of the “Peter Rabbit” movie are under fire over a scene featuring a character with an allergy.

The movie was released Feb. 9, just several days ago. Social media users were are already urging a boycott over the weekend and Sony Pictures was compelled to provide an apology, released today.

“Food allergies are a serious issue. Our film should not have made light of Peter Rabbit’s arch nemesis, Mr. McGregor, being allergic to blackberries, even in a cartoonish, slapstick way. We sincerely regret not being more aware and sensitive to this issue, and we truly apologize,” Sony said in a statement, obtained by CNN.

The scene in question features Peter Rabbit and his rabbit friends attack their human enemy by throwing blackberries at him, according to the blog for Kids With Food Allergies. But the human is allergic to blackberries and ends up having to inject himself with an epinephrine pen after he starts choking.

The Kids With Food Allergies Foundation was also vocal about the movie over social media.

“It is unnecessary for a film to show the characters intentionally attacking another with his food allergen to trigger anaphylaxis. Portraying anaphylaxis as a joke can cause some people to have a cavalier attitude about food allergies which can put kids with food allergies at risk,” the foundation wrote via Facebook.

The foundation also posted a letter it sent to the movie’s producers about how they feel the movie makes light of a serious condition. According to a Google dictionary search, anaphylaxis is “an acute allergic reaction to an antigen (e.g., a bee sting) to which the body has become hypersensitive.”

The hashtag #BoycottPeterRabbit has also been circulating on Twitter, with many speaking out about the scene.

“As a mother of a toddler allergic to several foods, I am disgusted that Sony would make a joke out of flicking an allergen at a food allergic individual. Doing so is felony aggravated assault! What kind of message does that scene send to kids?! #boycottpeterrabbit,” wrote Twitter user hydrogirl71.

But some people think the reaction is overblown.

“Peter Rabbit” made $25 million at the box office on its opening weekend, good for second place among movies out now, according to Variety.