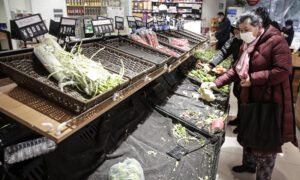 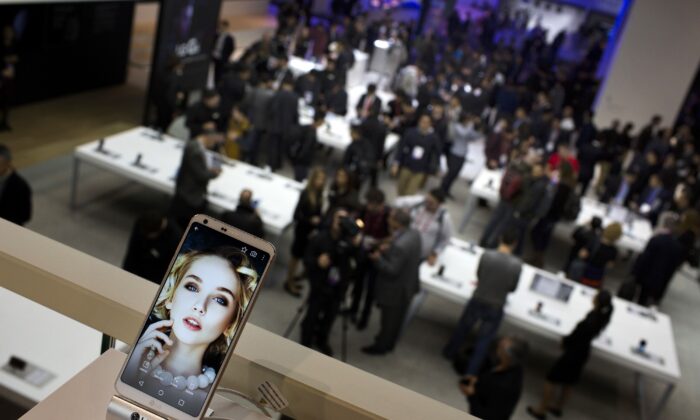 People crowd at the LG stand during the Mobile World Congress wireless show in Barcelona, Spain on Feb. 27, 2017. Sony and Amazon are the latest companies to pull out of a major European technology show over virus fears. (Emilio Morenatti/AP)
Companies

Sony, Amazon, Others Drop Out of Big Tech Show Over Coronavirus

LONDON—Two big Japanese companies are the latest to pull out of a major European technology show due to fears over the outbreak of the new coronavirus.

Sony Corp. will instead launch its latest devices through its YouTube channel on Feb. 24, the first day of the show.

“As we place the utmost importance on the safety and well-being of our customers, partners, media and employees, we have taken the difficult decision to withdraw from exhibiting and participating,” Sony said.

NTT DoCoMo said that given the expanding impact of the virus, it canceled out of consideration of safety for staff, visitors and partners.

Amazon said over the weekend that it is withdrawing “due to the outbreak and continued concerns about novel coronavirus.” The e-commerce giant’s cloud computing division, Amazon Web Services, was expected to have a big presence at the show.

“We don’t envision any other possibility but the celebration of the Mobile World Congress,” Barcelona’s deputy mayor, Jaume Collboni, told reporters.

He noted that while the companies that have pulled out are among the show’s biggest exhibitors, they’re only a handful of the 2,800 taking part.

GSMA, the show organizer, didn’t immediately respond to a request for comment, but said on Sunday it’s “moving ahead as planned” with the event, and outlined additional health and safety measures. They include banning visitors from China’s Hubei Province, where the outbreak originated; requiring people who have been in China to prove they left at least 14 days earlier; and carrying out temperature screening.

“We are contending with a constantly evolving situation that will require fast adaptability,” the GSMA said. It had already planned to step up cleaning and disinfecting measures, recommend a “no handshake policy” and make sure speakers don’t use the same microphone.

More than 100,000 people, including 5,000-6,000 from China, typically attend Mobile World Congress and organizers were expecting similar figures this year.

Meanwhile, the turmoil in China over the virus is disrupting supply chains around the world, with Nissan the latest manufacturer to announce a suspension. It said that due to supply shortages from China, the Nissan Kyushu facility in Japan will stop production on Feb. 14 and Feb. 17.

Hyundai said last week that it was suspending production in South Korea, while Fiat Chrysler said it might have to do the same for a plant in Europe if disruptions continue.

General Motors said on Monday it would restart its halted production facilities in China from Feb. 15, though that depends on developments in the outbreak.

The trouble in supply chains was reflected in losses in the container business, estimated at about $350 million a week, according to industry site Maritime Denmark.