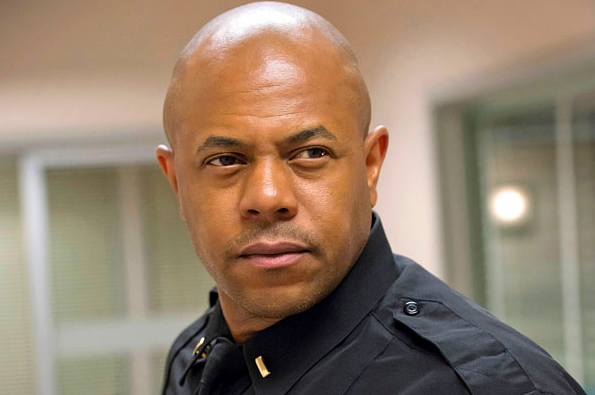 Sheriff Eli Roosevelt will be replaced by a female sheriff, according to reports. (Prashant Gupta/FX)
Entertainment

Sons of Anarchy season 7 will include multiple new characters, including the previously announced Alice Johnson, an uptight sheriff with an edgy sense of humor.

Now some details about several others have been revealed.

One will be a soldier who doesn’t put up with any [expletive], while another will be an “imposing” jail guard, according to Entertainment Weekly.

TVLine had reported earlier this month that FX is casting the recurring role of Johnson.

She’s a fit, Caucasian 40-something who’s serious about her work but also boasts an edgy humor.

As for a projected premiere date, Sons is confirmed to premiere in September 2014.