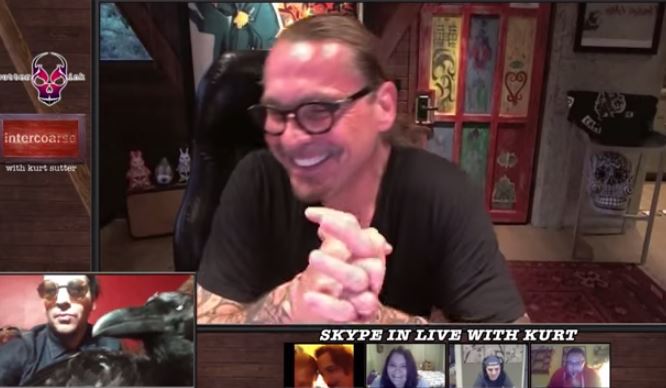 Sons of Anarchy season 7 is set to premiere soon, and Kurt Sutter has given more details about the relationship between Jax and Marilyn Manson’s character Ron Tully.

A fan asked Sutter during a recent video chat whether the relationship is a turning point for Jax and if Jax has to prove himself to Tully.

“I wouldn’t say he has to prove himself,” Sutter said.

“I don’t know if it’s a turning point as much as it is a critical relationship in Jax’s agenda this season.”

Manson said that Jax has given him a lot of advice during filming. “We had a punching contest, and I still have a knot on my arm,” he revealed.

“It’s hard, you’ve got these great characters and I’m just happy to be a part of it. We developed a rapport over the brief time that we worked together. He does this wink that’s like ‘I’m so handsome.'”

Sutter said he can tell Manson has become more comfortable with the character over time.

“We just locked episode 6. Even the progression–in episode 6, you were much more comfortable with the character,” he told Manson.

Another fan asked Sutter how the guest stars are cast.

Sutter said that some are cast regularly, while the more high-profile people such as Manson are cast through relationships.

“It wasn’t so much as creating a character for him but as I’m moving through the season all these characters come up, and I always try to think about what’s an interesting way to cast it.”

Sutter initially connected with Courtney Love on social media. “To have a role come up of a kindergarten teacher, a first-grade teacher, and to cast Courtney Love, it just seems wrong in all the right ways,” Sutter said.

Season 7 is slated to premiere on Tuesday, September 9.