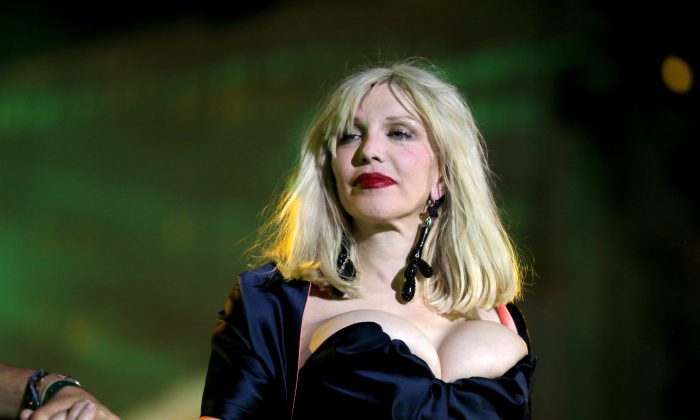 Courtney Love is the latest actor to be added to the Sons of Anarchy season 7 cast.

FX announced that Love will appear in multiple episodes as Ms. Harrison the preschool teacher of Abel, Jax’s son.

She’ll first appear in the multi-episode arc beginning in episode 4.

Harrison will take a special interest in Abel, sparking “an interesting reaction from the boy’s mother Wendy,” reported TVLine.

Love has acted in a number of movies, and earned a Golden Globe nomination for her work in 1996’s The People vs Larry Flynt.

Fellow musician Marilyn Manson has also been cast for season 7, as white supremacist Ron Tully. Jax uses Tully, a prison shot-caller, to expand his power base.

Annabeth Gish, known for playing Charlotte Millwright on The Bridge, has been added as the new sheriff.

Filming started for the final season of the show last month and the season is set to premiere in September 2014.

The first full trailer may be premiered at Comic Con, where cast members and Sutter have a scheduled panel on July 27.