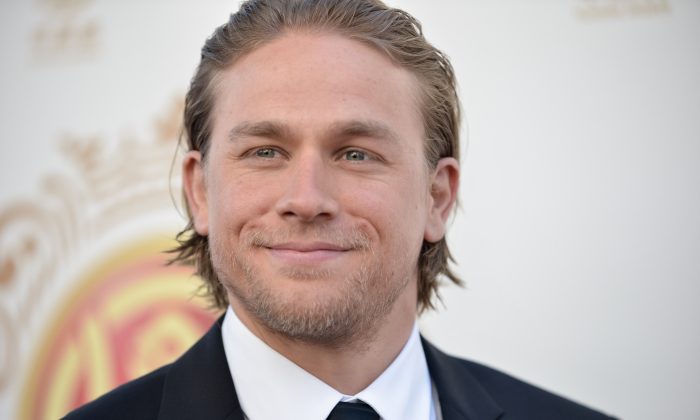 “Sons of Anarchy” filming has started up again, with photos of Charlie Hunnam appearing online this week.

Hunnam, 34, has been working on the set of the FX show. He plays Jax, one of the drama’s main characters.

“What a day on set… Wish I could share with u kids…SONS is off and runnin..station wagon and all.. Behave yourselves.. #MyHairWontBehave,” Kim Coates, who also appears in the show, said via Twitter.

Hunnam also was the subject of a death hoax this month.

He described the prank as “lame,” adding “his friends were scared” after hearing he died in a car crash.

“It’s kind of in bad taste to joke about people dying,” he told TMZ.

“The primary reason that we knew that this one was fake (outside of the obvious that it came from some random / unsourced part of the internet) was mostly that Charlie himself was in the process of filming “Sons of Anarchy” at that point; meanwhile, he supposedly died somewhere in Europe. These death hoax people are so desperate for attention sometimes, they don’t even bother trying to make up different reasons for the people getting killed. (Usually, it’s in some sort of skiing / snowboarding accident.),” he wrote.

“Sons of Anarchy” Season 7 will premiere in September for what is believed to be its final season.

The news comes a few weeks after it was announced rocker Marilyn Manson would be joining the show in a recurring role.

“Sons has been such a big part of my life, as well as my father’s,” Manson wrote in a press release. “So I was determined to make him proud by being involved in what will probably be remembered as the most amazing piece of television cinema. After all, the very heart of SOA is about that relationship. So, now all I need is a motorcycle.”