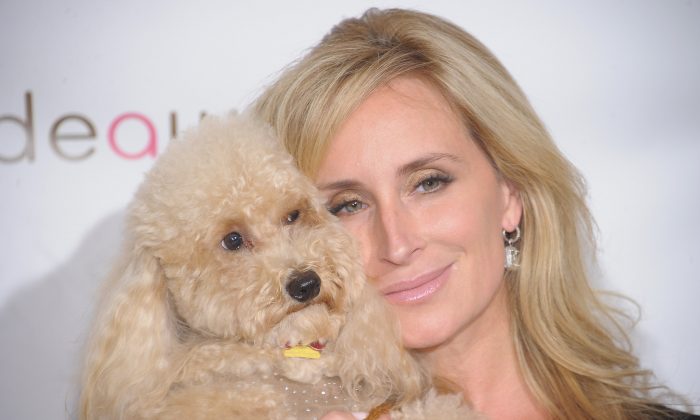 Sonja Morgan is on the new episode of Millionaire Matchmaker, set up with entertainment blogger Perez Hilton.

Morgan, 51, is best known for starring in Real Housewives of New York.

She “is a fixture of New York City society,” says Bravo, which broadcasts the matchmaker show. One of Morgan’s favorite quotes is: “I have a taste for luxury and luxury has a taste for me. “

Morgan began modeling in Paris and Milan while studying marketing at the Fashion Institute of Technology.

In the early ’90s, she helped launch several luxury brands and market them. She also rolled out “groundbreaking toaster oven recipes.” She later pursued fashion retailing and wholesale in the Garment District. She later became a restaurant, hotel, and luxury brand consultant.

She’s lived and worked in California, Colorado, Italy, and France besides New York.

Morgan has a teenage daughter, who she raises as a single mother after divorcing , J.P. Morgan’s grandson John Morgan.

“My ex-husband and I were very private, and as far as having a big family name like that, and people wanting things from you, it was very hard,” Morgan said in a video from Bravo.

“I had to figure things out rather quickly, being a divorced single mom, so I got back to work.”

Sonja was forced to declare bankruptcy in 2010 after being sued by Hannibal Pictures for allegedly failing to raise money for a film starring John Travolta, reported the New York Daily News.

The upholding of the judgement left her earlier this year renting out her Upper East Side townhouse. The five-story, five-bedroom home features a garden, a gym, and climate-controlled closets. She’s trying to sell the house for $43.5 million. She’s living in a nearby apartment.

However, Morgan’s assets are still fairly considerably, and she has a net worth of approximately $8 million.

Meanwhile, Morgan hopes she will be matched up with someone good.

“I need Patti to do this for me, she’s an expert, she knows how hard it is to find love in this business,” she said, referring to matchmaker Patti Stanger.

“Hopefully, the guy I meet has a life of his own and some friends of his own, that’s always been an issue for me, they always want to jump into the lifestyle I have, or they want to be in front of the camera, which is even worse.”

Morgan revealed that it’s difficult to put herself out there.