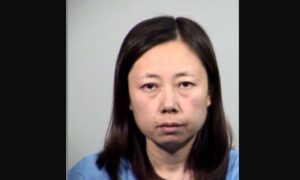 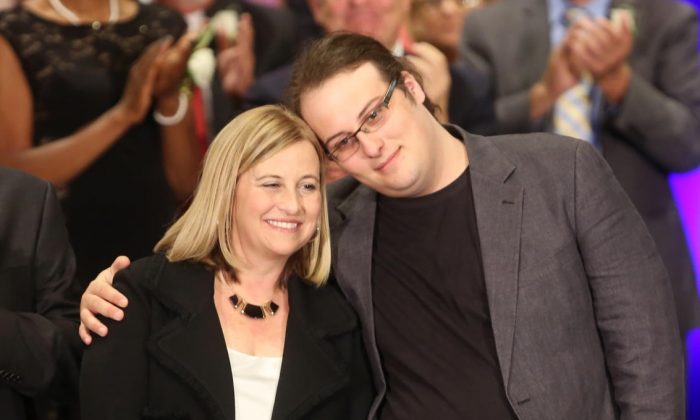 Mayor Megan Barry with her late son Max Barry, after her swearing-in ceremony in Nashville, on Sept. 25, 2015. (Courtesy Mayor's Office)
Crime and Incidents

The only child of Nashville Mayor Megan Barry, Max Barry, died the night of July 29 of an apparent drug overdose.

His death occurred in Littleton, Colorado, a suburb of Denver. Max, 22, had recently moved there to work in construction after graduating from college in June.

Mayor Barry and her husband Bruce Barry received an outpouring of condolences and support from across the city, state, and nation.

“This is a terrible tragedy that no family should have to suffer,” said U.S. Rep. Jim Cooper, D-Nashville. “My heart goes out to Megan and Bruce. They are such wonderful people.”

“Sending our deepest sympathy and condolences to Mayor Megan Barry and Bruce Barry,” wrote Vanderbilt University on their Twitter account.

The grieving parents released a statement the following morning.

“Early this morning, we received news that no parents should ever have to hear. Our son Max suffered from an overdose and passed away. We cannot begin to describe the pain and heartbreak that comes with losing our only child. Our son was a kind soul full of life and love for his family and friends.”

In an interview with The Tennessean, Dean Masullo, a teacher at USN and past adviser, recalled Max’s many great qualities, including his “enormous personality.”

“He was smart, he was personable, he was empathetic, he cared deeply about his friends and his family and he loved his school and all of the people in his life,” Masullo said. “This is an unfathomable tragedy.”

Max attended MLK High School, graduated from University School of Nashville, and then went to the University of Puget Sound in Tacoma, Washington. After graduating in June, Max had moved to Denver to work in construction while figuring out a career.

At the time of writing, the details of his death are not clear, and a full toxicology report is not available to identify to drug responsible in the overdose.

According to the CDC, half a million people died from drug overdoses in the United States between 2000 and 2015. The most common drugs in overdoses are opioids, which include heroin and prescription pain killers like Oxycodone.

Max is survived by his parents, as well as grandparents Joyce Brody, Jan Mueller, and Ken Mueller.

Messages of condolence can be sent to megan.barry@nashville.gov or Office of Mayor Megan Barry, 1 Public Square, Nashville, TN 37201.