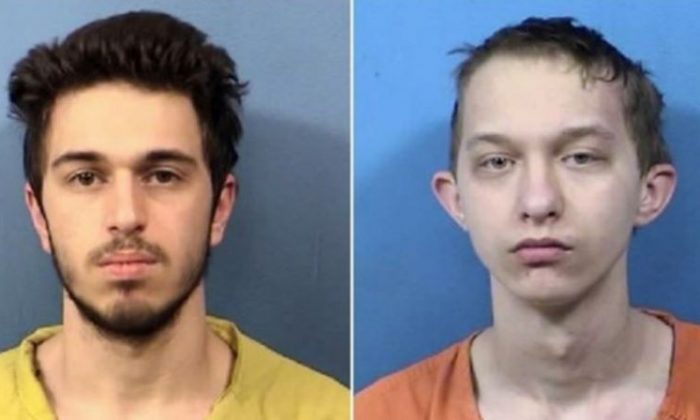 Son Hired Teenager to Kill His Parents With Hammer: Police

An Illinois man hired a teenager to kill his parents, police said.

Joshua Miceli, 23, was arrested and booked on two counts of attempted first-degree murder and two counts of solicitation of murder, according to the DuPage County sheriff’s office.

The sheriff said that deputies responded to a home in Glen Ellyn after a couple reported they were attacked on Feb. 18.

A description of the suspect led them to Michael Targo, 18.

The sheriff said that an investigation uncovered an alleged solicitation of murder plot involving Miceli, the son of the victims.

“During the course of the investigation, Miceli allegedly implicated himself in the plot to have Targo murder his parents. Targo allegedly accepted an offer from Miceli, which involved being paid after their murders. It’s alleged that Targo attacked Miceli’s parents with a hammer leaving them with serious injuries,” the sheriff’s office said.

He was charged with two counts of attempted murder.

Both suspects are being held in the DuPage County Jail.

The Chicago Sun-Times reported that their court dates are scheduled for March 12.