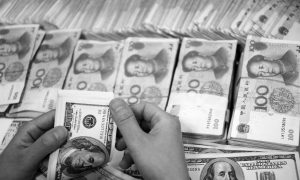 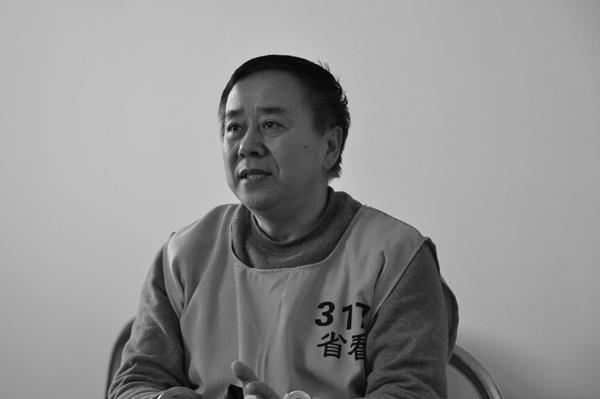 An undated photograph shows Chinese ex-fugitive Wang Guoqiang being interrogated upon his return to China. Wang’s case was used to dissuade other officials not to be corrupt and flee the country. (Screenshot via Xinhua)
China

Sometimes, Being a Corrupt Chinese Official Isn’t All It’s Cracked Up to Be

China’s anti-corruption campaign has for some time now been taking aim at corrupt officials who have fled overseas. Deals have been sought with America and Australia, for example, to identify and bring the fugitives back to China.

But there’s another tactic now being employed, meant to dissuade the runaways before they leave: negative propaganda. Chinese media are running testimonials of pathetic fugitives who describe the difficulty of living life on the lam. Whether the cases are representative, or even accurate, is unclear—but they seem to make a convincing case that escaping overseas with bundles of money and then living the good life isn’t as easy as it sounds.

A prime example was Wang Guoqiang, former party secretary of Fengcheng City in Liaoning Province, who turned himself in on Dec. 22 last year. Wang fled to the United States for two and half years after embezzling millions. Upon his return he provided testimonials about how hard it was.

“It’s a nightmare in my life,” Wang said, in his confession. He said he was too afraid to identify himself or his wife in the U.S., and so they would not use their Chinese passports under any circumstances: they didn’t go to the hospital when sick, and avoided even taking the Greyhound bus.

Wang said he almost died once due to a heart attack, and he couldn’t get a prescription or see a doctor because he didn’t want to use his passport. “I rather die from illness than expose my identity. What misery!” Wang is reported to have said.

Nor did they contact friends or family, including their only daughter. “If I have to choose between being jailed or fleeing to the U.S., I’d rather go to jail,” Wang said.

Living in a basement

Yang Xiuzhu, former deputy mayor of Wenzhou City of Zhejiang Province, was given the dubious epithet of “China’s top corrupt female.” She was recently arrested by police in Rotterdam, the Netherlands after absconding with more than 250 million yuan ($40 million).

Yang fled in 2003, making her home in Singapore and the United States, before finally settling down in the Netherlands. In Singapore, her friends extorted her, declaring they’d expose her if she didn’t pay them. In the United States, she was dogged by federal investigators who were curious about the source of her funds. She reportedly abandoned the five luxury houses she had purchased, and left for Europe.

That’s where, in Rotterdam, she rented a “dark basement” to hide in, she later said, living in fear and crying in despair. She is now being repatriated, Xinhua says.

Working for a funeral parlor

Zuo Tianzhu, the former director of the Land Bureau in Changsha City of Hunan Province, fled to the United States with a few million yuan (between hundreds of thousands and one million dollars) in corrupt money. But the cash soon ran out, his mistress abandoned him, and he had a hard time finding a reasonable job, Xinhua says. An anonymous eyewitness reportedly saw him working in a funeral parlor, carrying corpses, according to Xinhua.

Xinhua also included an older case in its catalogue of failed fugitives: Chen Manxiong, the general manager of an industrial development company in Zhongshan City of Guangzhou Province, who fled to Thailand in 1995 with his wife after embezzling public funds of over 420 million yuan ($68 million).

Chen bought a Thailand identity on the black market, changed his name to a Thai name, bleached his skin, and even changed his face with reconstructive plastic surgery.

But in the end, he was still discovered by Thai police and sent back to China, where he was sentenced to life imprisonment.