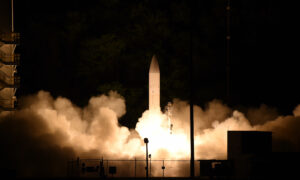 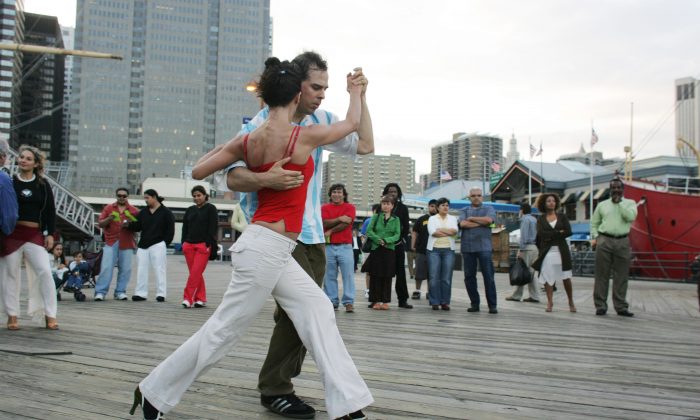 Something to Think About: Dancing

I know that summer is coming to New York when I start seeing groups of people, both women and men, doing folk dancing in Central Park or in other green places in the city. I am always amazed by their enthusiasm. Although many among them are not young, they put a lot of energy in this activity.

Similar groups are also evident in China, where “Guangchangwu,” which can be translated as “square dancing” is an activity carried out by mostly groups of middle aged and older people—mostly women—in many Chinese cities.

In most cases, dancers gather in the early morning or in the evening, and to the sound of loud music they dance to keep fit and have fun in their spare time. Their activity, however, doesn’t meet with the approval of all their neighbors, who complain about the loud music and the noise they cause, which becomes a source of irritation for many of them.

Many neighbors demand that dancing in the public squares and parks should be banned, to avoid becoming a more critical problem in the neighborhoods where it is practiced. As a response, law-makers in Guangzhou have drafted a law that would set limitations in square dancing so as to create quieter public areas for everybody’s enjoyment. The law, which is expected will be implemented by the end of 2014 will fine people who violate it with up to 2000 yuan.

Increasingly, physical activity, including dancing and exercises have proved to be a powerful way to reverse some of the effects of aging in people’s bodies and minds. These activities are also an effective way of keeping people more aware, having better memory and even delaying some of the negative traits of diseases such as Alzheimer and other dementias which are becoming more frequent as people live longer lives.

The Einstein Aging Study, a summary of which was published in the New England Journal of Medicine—one of the leading medical journals in the United States—found that dancing helps prevent both Alzheimer’s disease and vascular dementia, which is the second most common form of dementia after Alzheimer’s disease.

Joseph Verghese, the lead researcher of the study, said, “Dance is not purely physical in many ways, it also requires a lot of mental effort. Among the people who participated in the Einstein Aging Study, those who danced frequently—three or four times a week—showed 76 percent less incidence of dementia than those who danced only once a week or didn’t dance at all.

Other studies have concluded that dance has social and emotional elements that are advantageous for all people, but particularly for those who want to lead long and healthy lives.

For a long time it has been known that exercising can have several positive effects on people’s bodies and minds, leading to better cardiovascular health, fewer migraine headaches and a sharper brain. The benefits extend also to people’s skin that shows marked differences between people who exercise and those who don’t.

In this regard, researchers found that after age 40, people who had been active throughout their lives had a younger-looking skin, similar to that of people in their 20s or 30s, even if those participating in the study were older than 65. Dancing, which is a form of exercise, can also have all those positive effects.

According to some estimates, there are approximately 100 million square and folk dancers in China. In 2013, a group of Chinese dancers were arrested in New York, because of the excessive noise they were causing. Authorities in the city are in general very concerned about the importance of keeping noise levels relatively low compared to other big cities in industrialized countries.

Given the important health benefits that this activity provides those who practice it, it is important and urgent to find an accommodation between those who dance and those who are bothered by the noise the activity implies so that everybody’s rights and interests will be respected at the same time.

Cesar Chelala, MD, PhD, is an international public health consultant and a winner of an Overseas Press Club of America award.