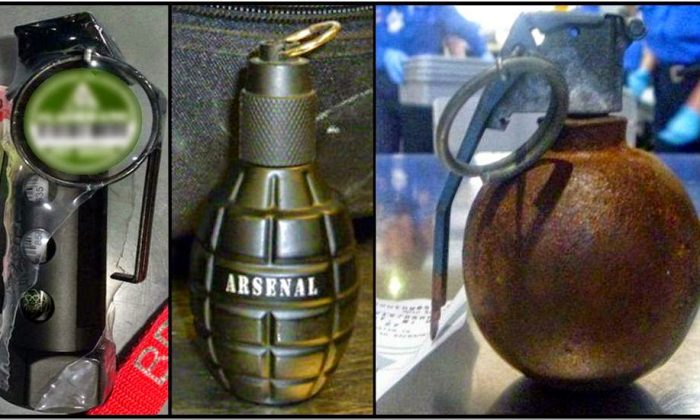 Someone Brought in a Grenade to Washington DC Police Station

Washington, D.C., police say they temporarily evacuated a police station and a few nearby buildings after someone brought a hand grenade into the station for disposal, according to reports.

Police didn’t say why the person had a hand grenade in the first place, but officials told WRC-TV that the grenade was brought to the station Sunday for disposal.

A Wal-Mart and a McDonald’s were evacuated, along with the Fourth District police station in northwest D.C.

The Washington Post reported that a section of the city was also closed while police tried to dispose of the explosive device.

D.C. Police spokesman Officer Sean Hickman told the paper that there was no ongoing threat to the public. He added the situation was a “recovery operation.”

However, as of 2:30 p.m. ET, the scene was cleared and everything was returned to normal, according to WTOP-TV. Police said the grenade was brought into the station at 10:30 a.m.

Mayor Muriel Bowser sent out a statement to local residents, saying police had communicated with federal authorities, who will take the device, FOX 5 said.

Police told NBC Washington that the grenade never made it into the station. It remained in the person’s vehicle outside before it was rendered safe by authorities.