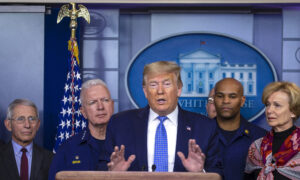 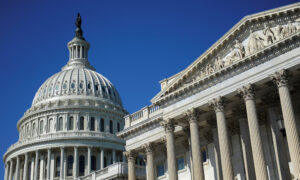 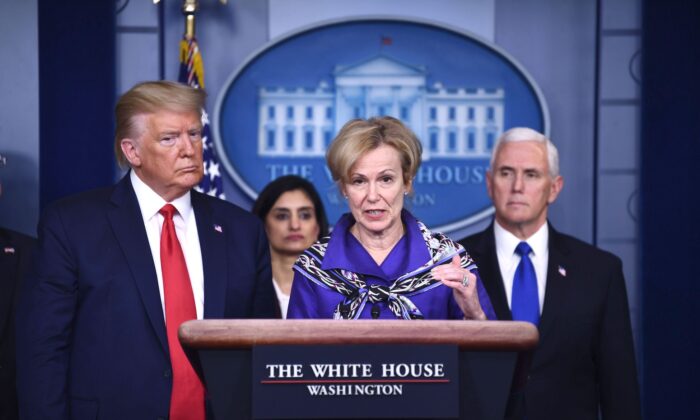 White House Coronavirus Response Coordinator Debbie Birx for a second time this week encouraged the millennial generation to be vigilant in social distancing as she expressed concerns over reports from France and Italy that some young people are becoming “very seriously ill” due to the CCP virus.

“There are concerning reports coming out of France and Italy about some young people getting seriously ill and very seriously ill in the ICUs,” Birx said on Wednesday at a White House press conference.

Birx did not provide further details about the data pertaining to the two countries.

“We think part of this may be that people heeded the early data coming out of China and coming out of South Korea that the elderly or those with preexisting medical conditions were at particular risk,” she continued.

Birx, a physician and ambassador, suggested that because there were high numbers of millennials becoming infected, a notable number of severe cases are arising even though only a small proportion in the age group faces severe infections.

“There may be a disproportionate number of infections among that group, and so even if it’s a rare occurrence, it may be seen more frequently in that group and be evident now,” she said.

“We have not seen any significant mortality in children but we are concerned about the early reports coming out of Italy and France,” Birx said. “I’m going to call out that generation [the millennial generation] … we need them to be healthy.”

She urged the millennial generation to practice social distancing to lessen the chance of becoming exposed to the CCP virus.

Birx said: “We cannot have these large gatherings that continue to occur throughout the country for people who are off work to then be socializing in large groups and spreading the virus. You have the potential then to spread it to someone who does have a condition that none of us knew about and cause them to have a disastrous outcome.”

In France, the country’s top health official Jerome Salomon recently said that more than half of infected patients who are in intensive care in France are those aged younger than 60.

On Monday, Salomon said that people did not appear to heed official advice from the French government to stay at home.

“A lot of people have not understood that they need to stay at home, and this low level at which people have adhered means that we are not succeeding in curbing the outbreak of the epidemic,” he told France Inter radio, Reuters reported.

In Italy, 12 percent who are in intensive care are aged between 19 and 50, official figures released last week show (pdf); 52 percent come from people aged 51-70, with the rest aged over 70.

Italian newspaper la Repubblica reported that hospitals in Lombardy are seeing patients aged between 25 and 50 admitted for COVID-19 treatment. An article published Monday in the BMJ medical journal (pdf) noted that “the median age of those in intensive care is 69 (age 51-70: 46 percent; age >70: 44 percent), with no cases under the age of 18. However, a significant percentage of patients are under 30, which confirms how crucial this age group is in transmitting the virus.”

Pier Luigi Lopalco, a professor from Pisa University, told Il Corriere della Sera that younger people, who generally have more social interactions, are at more risk of being infected if they don’t practice social distancing.

At a World Health Organization (WHO) briefing Wednesday, the head of the WHO’s emergency program Mike Ryan emphasized that young people are not exempted from experiencing severe illness from the CCP virus, raising Italy and South Korea as examples.

“The idea that this is a disease that causes death in older people, we need to be very, very careful with,” he said, adding that close to 20 percent of deaths in South Korea happened in those under 60.

“Physicians again in Italy will attest to this, and in Korea. This isn’t just a disease of the elderly. There is no question that younger, healthier people experience an overall less serious disease. But a significant number of otherwise healthy adults can develop a more severe form of the disease,” Ryan added.