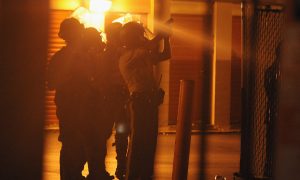 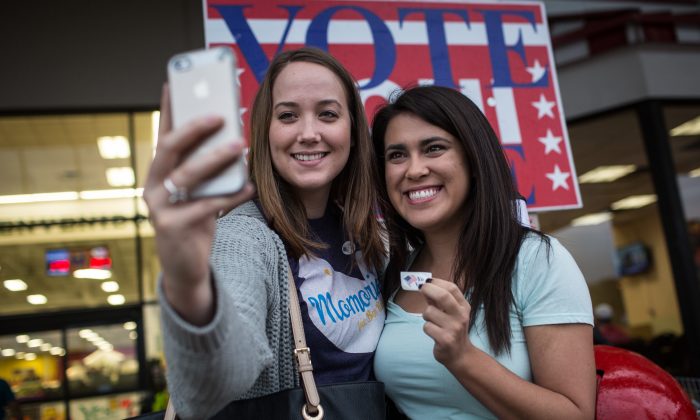 A series of voter ID laws working their way through the American legal system are making it harder for some and easier for others to vote. In Texas, new rules prohibit students from using their campus ID to vote, while people with a concealed-carry gun permit can cast a ballot.

Of the seven types of identification allowed at polling stations in Texas, a student ID card is not one of them.

Texas isn’t the only place with such a law, or a proposed law, on the books.

In Tennessee, the Nashville Student Organizing Committee has gathered students from four universities to oppose a very similar voting law there.

While that law is being considered in federal court, other states are struggling over legal battles of their own.

On Monday, the Supreme Court ruled it wouldn’t hear a Wisconsin case challenging the state’s voter identification laws. The state’s voter ID law was passed in 2011 and has faced a litany of legal challenges—two in state court and two in federal court, but still stands.

Wisconsin is one of 31 states that requires identification to cast a ballot, and is considered one of the strictest in the country. After a special election on April 7, voters will be required to show photo identification at polling stations.

Wisconsin is one of 31 states that requires identification to cast a ballot, and is considered one of the strictest in the country.

Government Accountability Board director Kevin Kennedy says he expects there to be special elections later this year where the IDs will be required. The next statewide election where it will be in place is the spring primary on Feb. 16.

The League of Women Voters, who brought a case against the Wisconsin law, said that “the last thing we need is laws that erect barriers for people who have been good voters for decades.”

Stricter voter ID laws have been directly linked to the re-authorization of the 1965 Voting Rights Act.

Opponents of voter ID laws broadly characterize them as a tactic to disenfranchise certain types of voters, primarily minorities. In Texas, Sherrilyn Ifill of the NAACP points out that 600,000 registered voters in Texas, disproportionately black and Latino, don’t have the identification required by law. Ifill is president and director-counsel of the NAACP Legal Defense and Educational Fund.

In a March 9 op-ed for the Los Angeles Times, Ifill states that congress must re-authorize the Voting Rights Act after a 2013 decision by the Supreme Court that congress must update how it authorizes “preclearance” on voting changes to states.

“The Voting Rights Act, which President Reagan called the crown jewel of civil rights legislation, was written to end not only existing voter discrimination but also new methods of disenfranchisement that might be devised in the future,” wrote Ifill. “It required jurisdictions with a history of voter discrimination to submit changes in their election rules to federal authorities for review.”