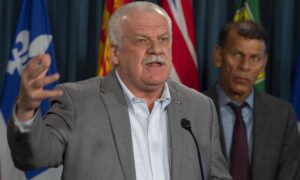 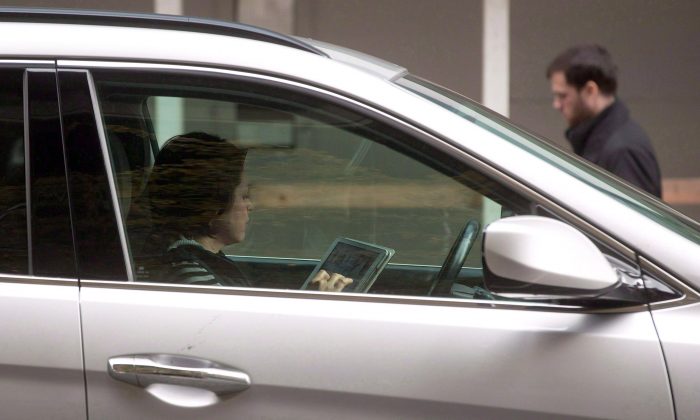 A woman uses an iPad while behind the wheel of a vehicle stopped in traffic at a red light in downtown Vancouver on Oct. 20, 2014. (The Canadian Press/Darryl Dyck)
Canada

Some Provincial Plans to Crack Down on Distracted Driving Go Too Far: Lawyer

Manitoba and Ontario are two provinces planning to let police temporarily suspend the licences of drivers caught using hand-held cellphones and other equipment. The suspension would last three days for a first offence and seven days for a second one.

There is no penalty for using hands-free equipment.

The Criminal Defence Lawyers Association of Manitoba says giving that much discretion to police at the scene, with no court hearing, is wrong.

“We’re concerned about a lack of judicial oversight and due process for roadside suspensions,” spokesman Scott Newman said.

“Police officers can make mistakes and when you’re making decisions that are as impactful as a suspension, they should be done in a courtroom, not at the roadside.”

Police already can suspend licences on the spot if drivers have alcohol in their systems.

Newman said that’s more easily justifiable because it’s based on evidence from a breathalyzer test. But there’s no test for distracted driving and police need simply say they saw a motorist using a device.

“It’s very dangerous to start imposing suspensions … based on what an officer claims to observe. We know people are fallible.”

Licence suspensions would be in addition to fines and demerit points already in place.

Manitoba’s infrastructure minister, Ron Schuler, said courts have already upheld the idea of immediate roadside suspensions for other infractions to get drivers off the road if they’re posing a threat to safety.

“It’s a very small suspension and the courts have up until now always upheld the right of a police officer to remove somebody’s licence if they deem them to be in contravention of a law,” Schuler said.

Winnipeg police Chief Danny Smyth said a crackdown is needed because many people still use cellphones while behind the wheel.

“I drive in rush hour every day and every day I see somebody using their device.”

The proposed Manitoba law, now being debated in the legislature, offers some leeway to motorists. Officers would seize licences, but also give drivers a temporary one-day licence so they could get home. The suspension would start after the temporary licence expired.