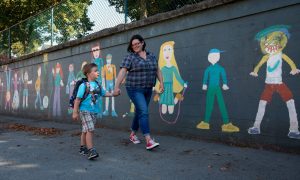 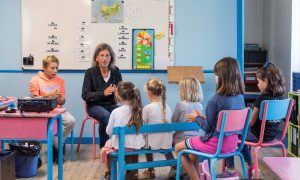 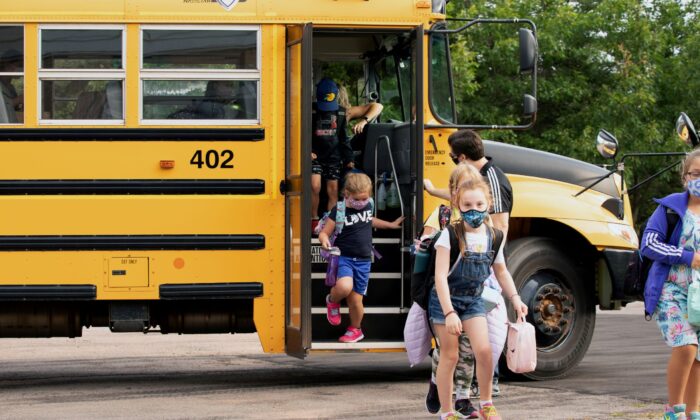 Back to Basics: A Math Professor’s Quest to Keep Long Division in Canadian Classrooms

When math professor Robert Craigen was asked to sit on a panel reviewing Manitoba’s “new math” curriculum 15 years ago, it didn’t take long for him to foresee a problem: Students would no longer be taught long division.

In fact, much of the basic foundational skills of math—multiplication tables, long division, adding and subtracting big numbers, and computing fractions—were being minimized or eliminated from the curriculum.

At first, Craigen, an associate professor of mathematics at the University of Manitoba, thought it was a misunderstanding.

“It just all seemed a little misguided,” he recalled. “And I thought, well, OK, some people have the wrong ideas, and I’ll try to help where I can.”

But years later, after Craigen’s support for keeping fundamental math skills in the curriculum repeatedly fell on deaf ears, he realized that the new math, also known as “discovery math,” was part of a “broad movement that’s been happening in education for a very long time” and that his well-meaning suggestions simply didn’t fit with the prevailing ideology.

“Once I started seeing the big picture, I realized that was happening,” he said.

Discovery math is part of the so-called “discovery learning” or “inquiry learning” methods that fall under the banner of a “progressive education” approach adopted in schools across Canada and much of the world in recent decades.

These methods mean teachers often view themselves as facilitators of learning rather than instructors. Instead of teaching, they guide students to discover things for themselves—including complex concepts such as mathematical formulas.

Proponents of discovery learning methods tout it for developing critical thinking skills, fostering creativity, and empowering students by allowing them a process toward deeper understanding. The thinking goes that the traditional path to mastering foundational skills—teacher-led explicit instruction, memorization, and daily practice—is a “drill and kill” approach that stifles creativity and hinders a true grasp of the subject.

But Craigen argues that these foundational skills are essential, especially in the early years of learning, for students to build on later. Students are unable to grasp abstract concepts without having a strong foundation to grow from, he says.

Concerned by the rejection of traditional methods and teacher-led instruction, Craigen co-founded the Western Initiative for Strengthening Education in Math (WISE Math) program, a coalition of parents and educators who lobby for changes to the K–12 math curriculum to include foundational skills.

He co-founded the group with Anna Stokke, a math professor at the University of Winnipeg, who was concerned about the convoluted methods that her elementary school-age children were learning from the new math curriculum—and hearing similar concerns from other parents.

“We realized, from a mathematicians perspective, this [new curriculum] was undermining the whole enterprise of learning mathematics. It just didn’t seem to make sense to us,” Craigen said.

While many educators say that a balance of both progressive and traditional approaches can be beneficial, some of the new methods have had questionable results, sparking controversy and pushback from parents.

In the years after the new math curriculum was implemented, most Canadian provinces saw a slide in their standing in PISA rankings (the OECD’s Program for International Student Assessment). Once a top-10 country in the world according to PISA, Canada’s ranking and math scores have decreased consistently over the past 15 years. Provincial standardized tests in most provinces also revealed some form of decline among elementary school math scores in recent years.

Some parents also began to question the new curriculum as they struggled to help their kids with their homework or had to hire math tutors for outside help. Pockets of dissent began to emerge: Petitions were launched, advocacy groups were formed, and some went to the media to vent their concerns about schools’ new approach to math.

The pushback from some parents and educators, in combination with falling math scores, has prompted some provinces to reverse course: Ontario launched a “back-to-basics” math curriculum this fall, while the Alberta government announced last month that it would end the focus on discovery learning methods and replace them with ones “that will give students a foundation of literacy and numeracy” over the next two years.

However, Craigen says discovery learning approaches are still firmly entrenched in the majority of schools, promoted by influential teacher trainers, education advisers, consultants, and other advocates.

“These ideas are very tenacious in the world of education, and they have a lot of momentum just because it is so much the prevailing idea,” he said, adding that universities heavily push the progressive methods of learning, while educators who tout traditional approaches don’t have as much influence in education circles.

“A person who pushes the idea of conventional learning will be a bit of an outcast at an education school. So, there’s a lot of social and professional pressure.”

Halifax-based education expert Paul Bennett says much of the push toward progressive methods in Canada today comes from “thought leaders” and “education gurus” who tend to be removed from the day-to-day classroom setting.

“The world’s leading education gurus seem to have had a hypnotic effect on policy-makers and superintendents in the entire K–12 education sector,” he said in an Aug. 3 article on his website.

“Challenging the hegemony of this entrenched educational change establishment is a formidable undertaking,” he said, adding the most influential edu-gurus have reached celebrity status, often fetching tens of thousands of dollars to speak on education reform at conferences around the world.

“The prevailing educational reform consensus has largely gone unchallenged for the past few decades,” he noted.

Since 2013, a grassroots teacher-led movement that originated in the United Kingdom has been spreading around the world, calling on schools to adopt curriculum and education methods rooted in solid research and proven results before being adopted in schools.

Dubbed researchED, the movement was founded by U.K. schoolteacher Tom Bennett, who grew weary of teaching fads such as some discovery learning methods that were having poor results in his classrooms. His own teacher training was also not preparing him for the challenges he faced in the classroom. “There was a lot of stuff I was taught then that later turned out to be, shall we say, ‘less substantiated’ than people claimed it was,” he said at a ResearchEd presentation in 2016.

Bennett started doing his own research and realized that ideas in education were not being held up to the same scientific scrutiny as they were in other disciplines.

After a conversation with other teachers, Bennett posed a question on Twitter asking if any teachers would be interested in attending a conference on education research. Four hours later, he had received over 200 offers of help, moral support, venues, and volunteer speakers. He knew he was onto something. “I didn’t build researchED, it wanted to be built. It built itself. I just ran with it,” he says on the organization’s website.

Now researchED holds regular conferences around the world to explore “what works” in the classroom—educators and researchers collaborate to share knowledge on what methods have had the best results among students. Over 45,000 teachers across four continents have attended researchED events since its inception.

The organization doesn’t reject progressive methods such as discovery learning out of hand, but challenges research narrowly focused on supporting current approaches. It supports progressive methods that are proven effective, but is skeptical of those developed by academics, social scientists, or researchers without the collaboration of teachers or that haven’t been tested in real-life classroom scenarios.

Paul Bennett, Canada’s national coordinator for researchED (no relation to Tom Bennett), writes that although researchED has made “serious inroads” in Britain, Western Europe, and Australia, it has “faced stronger headwinds in the United States and Canada, where the progressive education consensus is more all-pervasive.”

Progressive theories of education have been around for a century, but Craigen says most parents—and even educators themselves—think it’s a new edu-trend and aren’t aware of its historical roots.

One of the most influential figures in the progressive education movement was philosopher John Dewey, who was influenced by Romantic-era thinkers before him like Jean-Jacques Rousseau.

Dewey’s ideas took the educational establishment by storm in the first half of the 20th century with his progressive model, often known as “active learning” or “pragmatism”—a “learn by doing” approach that continues to dominate the thought of most of Canada’s educational theoreticians.

Dewey has plenty of passionate proponents, but what is perhaps less known about the prolific figure is his democratic socialist ideals—he viewed education as a way to move the next generation to accept socialist-collectivist ideals, Craigen says.

“He wasn’t saying so much that you should be there indoctrinating the children. He was saying more that when a child comes to a classroom, what they’re experiencing is the kind of skills and environment that you want them to have growing up if they want to become part of a societal collective,” he says.

“So ‘we’re socializing students into being good citizens,’ and what’s meant by a good citizen is somebody who’s part of the collective.”

But if a vision of forming a socialist society is the driving force behind the progressive education movement, it tends to leave out more traditional approaches, Craigen says. For example, at most universities, teachers are trained primarily in progressive methods and may not be exposed to other schools of thought that teachers used with success for centuries, he says.

Without deeper context, this naturally becomes the prevailing approach, he notes.

“The education schools are more or less infused with these ideas—the so-called progressive education ideas—and so the teachers are exposed to that in their training. So many, many teachers don’t really know anything else.”