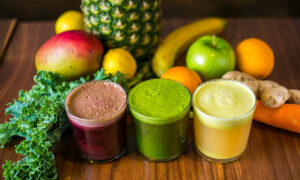 'Veganuary': A Resolution You Can Skip
0 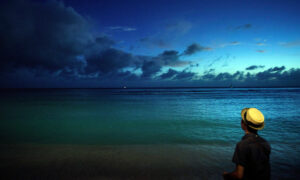 Do Americans Even Want Time Off?
0 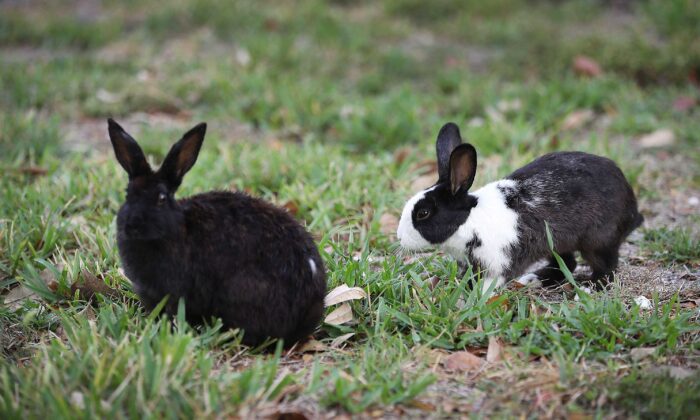 Some of You Rabbits Are Winning. Others Not

Rabbits. Rabbits! They’re hopping all over New England, my yard included. They need to eat and, being rabbits, have lots of mouths to feed. What more could a rabbit want than a fresh head of cabbage, organically grown by my calloused hands?

Warmer winters have exploded rabbit populations in much of Canada and the eastern United States. Other regions, however, are seeing a rabbit kill-off due to a highly contagious virus causing rabbit hemorrhagic disease. Colorado, Arizona, Texas, Nevada, California, and Washington have been hit especially hard. (The Missouri State Fair has banned rabbit shows this year.)

Fortunately, the RHD virus has not been found to infect humans or other species. To be extra safe, though, Oklahoma’s state veterinarian has urged pet owners to keep their dogs away from animal carcasses.

Ecologists worry that the loss of these rodents—that’s what bunnies were once considered, children—will damage wildlife food chains. Rabbits provide calories for coyotes, foxes, bobcats, owls, hawks, snakes, and other predators.

Americans harbor mixed feelings about eating rabbits. Before World War II, rabbits were a major source of food here. They still are in Europe. (“The Joy of Cooking” has five recipes for rabbit, plus instructions for skinning one.)

After the war, beef took over as the preferred protein. Another factor was the creation of Bugs Bunny in 1940, the head of the American Rabbit Breeders Association told The New Yorker. The antics of the wascally wabbit made it hard for many to countenance rabbit on the plate. There remains a domestic rabbit industry valued at over $2 billion, but most of it is pet-related.

I’m obviously conflicted, wanting to coexist with rabbits without encouraging them. But they stretch my patience. One brazen lagomorph sleeps right on top of what was my lettuce. For the rabbit, it’s been breakfast in bed.

In the soft dusk of a recent evening, I counted five rabbits and a big fat groundhog romping through my garden. I thought some Darwinian battle might break out between the rabbits and the groundhogs, but no. With free eats for all, why fight?

At one point, I foolishly took consolation in thinking I at least had a handle on the number of rabbits. Then, from seemingly nowhere, up popped a new brood of bunnies, their noses wriggling, much to the delight of the toddlers on my street. Did you know that a rabbit can produce a new generation every 30 days?

Now, I shouldn’t complain about my wildlife invasions. A few years ago, acquaintances living in central Nebraska took me on a sunset tour of their back acreage. We couldn’t go far in, they explained, because a mountain lion had been spotted thereabouts.

Rabbits aren’t scary, but only in small numbers. In 1859, an Australian gentleman released rabbits on his estate for the sport of it. In a few decades, they had multiplied to the hundreds of millions and leveled the vegetation across much of the continent. An ordered release of an anti-rabbit myxoma virus did its job of slowing the devastation. But it’s still illegal to even own a pet rabbit in some parts of Australia.

Throwing coyote urine around vegetables as a rabbit (and groundhog) repellant has shown limited success. A little mutt from across the street was more effective. He used to chase rabbits right into the swamps. I miss him.

I’ve held off on spending a fortune on rabbit fencing for my crops. Because the RHD virus has been found in some pet rabbits in my region, I’m giving the fence idea another year. Meanwhile, I give up. Rabbits, take your victory hop.

Froma Harrop has written for a variety of publications, has worked on the Reuters business desk, edited economics reports for The New York Times News Service, and served on the Providence Journal editorial board.