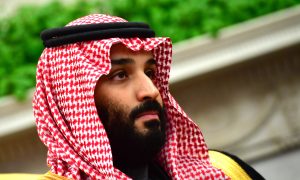 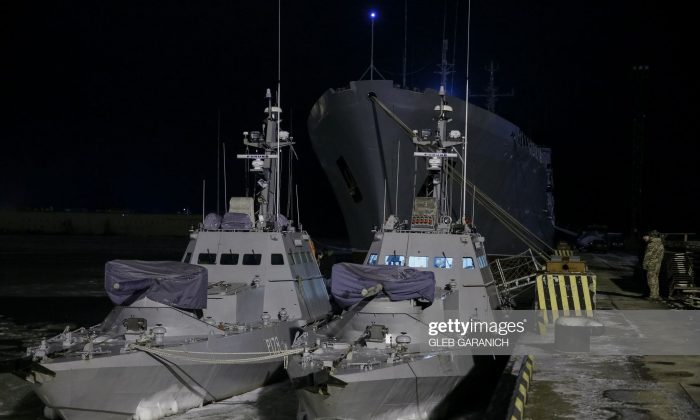 Two Ukrainian gunboats, similar to those seized by Russia on Nov. 25, 2018, are seen in the Azov Sea port of Mariupol, on December 2, 2018. (GLEB GARANICH/AFP/Getty Images)
Viewpoints

Some Last Thoughts About Lost Crises and Continuing Relevance

There are times when we are thoughtful but it’s easy to be forgetful as the attention shifts with each crisis. The titles of the columns David Kilgour and I have published in a continuing dialogue show this, as we ranged over the world from topic to topic.

It isn’t as if our forgetfulness is deliberate; it is, however, a problem when new problems override the old. It is almost as if the equivalent of amnesia has forced world leaders to have attention deficit disorder for all except the current crisis.

I entered the U.S. Diplomatic Service in 1968. The oldest news is always the old crisis (whether solved or not), and the hot topic of the day is the new “pin-up” for the bulletin board. As a diplomat and an active arms-control negotiator, I was too familiar with the “front office one-issue-at-a-time” tunnel vision.

A quick scan of our David versus David columns shows that, over the full period we wrote, David Kilgour and I constantly returned to the same issues as they flared again. There was never a shortage of new issues to draw the spotlight.

For example, in November 2018, the Russians seized two Ukrainian naval vessels for violations of international waters. Instead of releasing the crews, the Russians increased the length of their imprisonment without justification. This circumstance dropped from the news spotlight when Venezuelan protests took center stage.

The massive protests by anti-Maduro elements in Venezuela failed to overcome Maduro supporters. The Maduro supporters created a Congress consisting of all legislators, which isolated the anti-Maduro forces. Thus, a major counter-Maduro revolution failed when the pro-Maduro establishment comprehensively outmaneuvered them.

However, interest in the Venezuelan maneuvers dropped precipitously when the Iranian navy shot down a $300 million U.S. drone, an act of aggression by the government in Tehran. That prevented us from having detailed external questioning of the Venezuelan election.

The attention again shifted when Saudis counterattacked the clandestine Iranian-authorized terrorists. The Iranian government sought European intervention to change the nuclear agreement to promote its nuclear program. If the United States failed to counter the Iranians, this would pressure the Europeans to respond. This would ultimately render U.S.- and U.N.-dominated counterterrorism irrelevant. (Simultaneously, it would isolate Israel and avoid U.N. action on terrorism. Israel had also maintained a distance from other U.N.-related activity).

As a similar example, the refusal of the Chinese government to accede to the demands of prior protests left open the opposition to a proposed extradition law. This has resulted in a second more violent set of protests in Hong Kong, which took the spotlight away from the South China Sea.

The important issues in the South China Sea, including fortification of islands, limits on ship passage rights, and demands for innocent passage without obtaining agreement from Chinese authorities, were thus overshadowed.

In the churn of events and under pressure from an ever-shortening news cycle, important issues drop out of the news, although they remain unresolved. These are merely short examples of forgotten topics. Some items aren’t only forgotten but remain totally ignored. Some country’s problems remain hidden from the eyes of policymakers until they explode.

There will be no end of topics and no end of recurrences because these topics are guaranteed to come as the ghosts of Christmas past, present, and future came to Scrooge. That is not to lose all hope—because human ingenuity and good will, the ability to act in unison for the greater good, and the desire to improve the human condition are also recurring constants.

As long as we don’t give up thinking about solutions, and accept the need to view topics, through several lenses, as David Kilgour and I have, we can hope for solutions. There have been successes before, and there will be in the future.

The Epoch Times and its publisher, Stephen Gregory, deserve credit for being willing to publish and promote our work as an antidote to the hysteria of the moment-by-moment style of journalism.

The columns have provided a forum for me to share my views, and I have relished writing every single word. Thus, we hope to remain relevant, even as new crises become the new pinups. This was the reason that we took the time, and made the effort, to publish a three-volume compilation of our columns.

Before I leave you, I want to thank the readers who have read our words and whose comments are invariably intelligent. It is my regret that because of serious health problems, I will no longer be able to contribute to The Epoch Times. This is my last column.