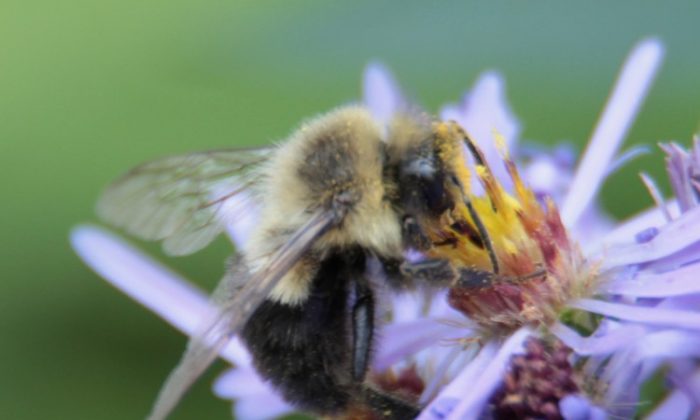 Some Honey Bees Have Thrill-Seeking Personalities

A small number of bees in a colony may be on the lookout for adventure, rather like some humans, according to new U.S. research published in Science on March 8.

Beehives must split up when the colony becomes too large for its site, leading to varied swarming behaviors that include looking for new nest locations and for food. The researchers considered both of these behaviors to be a form of novelty-seeking.

“In humans, differences in novelty-seeking are a component of personality,” said research leader Gene Robinson at the University of Illinois in a press release. “Could insects also have personalities?”

The team found that less than 5 percent of the bees go in search of a new home. Known as nest scouts, these bees are also 3.4 times more likely to become food scouts than their fellow hive members.

The scientists believe that these bees are more willing to take risks than the others, meaning that bees can have different personalities.

“There is a gold standard for personality research and that is if you show the same tendency in different contexts, then that can be called a personality trait,” Robinson said.

“People are trying to understand what is the basis of novelty-seeking behavior in humans and in animals,” he continued. “And a lot of the thinking has to do with the relationship between how the (brain’s) reward system is engaged in response to some experience.”

Considerable differences were found in the patterns of gene activity in the brains of adventurous bees compared with their non-scouting counterparts, including production of some signaling chemicals that regulate similar behaviors in vertebrates.

“We expected to find some, but the magnitude of the differences was surprising given that both scouts and non-scouts are foragers,” Robinson said.

The researchers used different chemicals to test the relationship between brain signaling and novelty-seeking, and found that non-scouting bees could be induced to become scouts with glutamate and octopamine, while scouting could be suppressed by blocking dopamine.

“Our results say that novelty-seeking in humans and other vertebrates has parallels in an insect,” Robinson concluded. “One can see the same sort of consistent behavioral differences and molecular underpinnings.