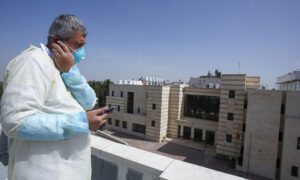 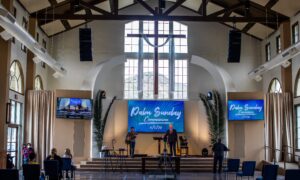 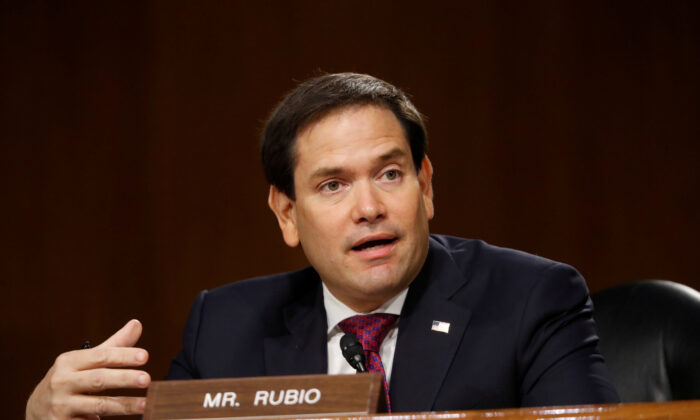 Sen. Marco Rubio (R-Fla.) speaks during a hearing on Capitol Hill in Washington, on May 5, 2020. (Andrew Harnik/Pool via Reuters)
US News

Some Senate Republicans are vying to extend stimulus payments in the next pandemic relief bill to nearly 2 million people who were not included in the first round of payments.

Sens. Marco Rubio (R-Fla.) and Thom Tillis (R-N.C.) said they want to ensure that U.S. citizens married to foreign nationals who don’t have a Social Security number receive the up to $1,200 payments.

“Senator Rubio believes that no American should be denied a federal stimulus check because they are married to someone who is not a U.S. citizen,” a spokeswoman for Rubio said last week, according to The Hill.

Rubio and Tillis, according to the report, introduced legislation to correct the matter. House Democrats in their HEROES Act, passed in May, also included the same measure.

When the Treasury Department and Internal Revenue Service started sending out the CARES Act’s payments in mid-April, married couples where both spouses had Social Security Numbers were eligible for an economic impact payment.

“In March I worked to pass the bipartisan CARES Act to provide economic stimulus payments to North Carolinians as we battle this pandemic,” Tillis said in a statement last month. “Every eligible citizen deserves this payment and I am proud to introduce legislation with Senator Rubio to fix this oversight.”

It comes as the number of Americans filing for unemployment benefits unexpectedly rose last week for the first time in nearly four months, suggesting the labor market was stalling amid a resurgence in new COVID-19 cases and depressed demand.

The weekly jobless claims report from the Labor Department on Thursday, the most timely data on the economy’s health, also showed nearly 32 million people were collecting unemployment checks in early July. Relentless labor market weakness puts pressure on Congress to extend a $600 weekly jobless benefit supplement, which expires on July 31.

In some states including New York, the extra weekly unemployment payments expired over the weekend before the end of the month.

Economists expect job growth to pull back this month after surging by a historic 4.8 million in June. Employment last month was boosted by the government’s Paycheck Protection Program, which provides businesses loans that can be partially forgiven if used for wages. Though the PPP was extended to August 8, many small businesses drew their loans in May and June.