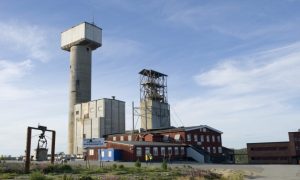 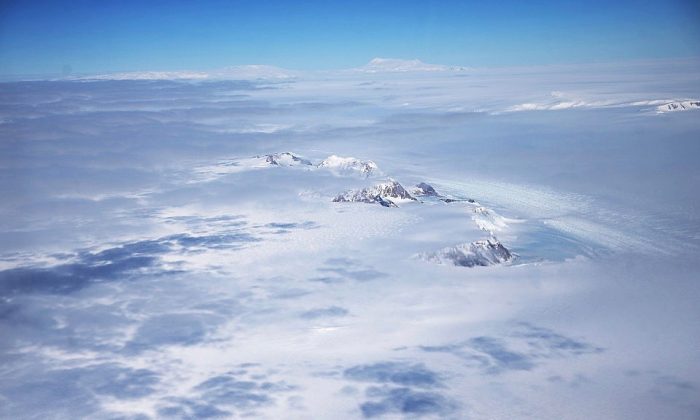 A section of the West Antarctic Ice Sheet with mountains is viewed from a window of a NASA Operation IceBridge airplane in-flight over Antarctica on Oct. 31, 2016. (Mario Tama/Getty Images)
International

Some Flat-Earth Proponents Are Planning Trip to Antarctica, Says Report

Prominent supporters of the flat Earth idea have shown an interest in going to Antarctica to prove their theory, according to Forbes magazine.

The outlet reported that proponents of the idea are “now” planning “an Antarctica expedition to the edge of the world.” It didn’t offer any details as to when or how such a trip would take place.

“All we have to do to shut this debate down once and for all is get the distance of the coast of Antarctica,” he said.

LiveScience also reported this week that the journey to the edge of the world will take place in 2020. “The goal? To test so-called flat-Earthers’ assertion that Earth is a flattened disk surrounded at its edge by a towering wall of ice,” the report said.

However, details about the event are not clear. The cruise was billed as the “biggest, boldest adventure yet.”

“It had been done by early sailors (before the UN was established and set up its Antarctic Treaty which essentially made it illegal for independent and private exploration of Antarctica) who managed to make 60k+ miles, which irrefutably proves the flat earth model, but like all the other mountains of evidence for flat earth this is not enough for ballers today,” Decasby added to Forbes.

Decasby said that if he and other presumable flat-Earthers can reach “the coast of Antarctica and sail all the way around it, we will get the distance that will prove it’s the outer edges of flat earth and refute entirely every single argument anyone can possibly try to pitch for the sun-worshipping cult of heliocentrism.”

He added: “They’ve made laws to not allow any kind of motorized equipment on the ice which would help us prove not only flat earth but what’s beyond the ice wall, but in reality, we don’t even need to get onto the ice to prove flat earth. The coast of Antarctica on the ball earth is no more than 14.5k miles. On a flat earth, it would be over 60k…we have evidence of 60k+ and none of 14.5.”

Some proponents of the flat-Earth theory believe there is a 150-foot-tall “ice wall barrier” that surrounds Earth, which is envisioned as a disk. That ice wall is Antarctica, they have said.

“This likely began during the cold war,” the Flat Earth Society stated, reported The Guardian. “The USSR and USA were obsessed with beating each other into space to the point that each faked their accomplishments in an attempt to keep pace with the other’s supposed achievements.”

“When we look at Antarctica if you take a globe and you squish it down, the Antarctic would go all the way around the Earth. It’s kind of like an ice shore and it’s very, very large. It’s not like you just go there, and you can just peek over it. We don’t believe anything can fall off the edge, because a big portion of the flat earth community believes that we’re in a dome, like a snow globe. So the sun, moon, and stars are all inside. It’s very high but all contained inside. So there’s no way to actually fall off of the earth,” he stated in the report.

One issue with the theory is that ships and other vessels use navigational systems that rely on the Earth being round.

He added that GPS is proof of that, saying it relies on 24 satellites that orbit around Earth.

“The reason why 24 satellites were used is because [of] the curvature of the Earth,” Keijer said. “A minimum of three satellites are required to determine a position. But someone located on the other side of the Earth would also like to know their position, so they also require a certain number of satellites.”

He continued: “Had the Earth been flat, a total of three satellites would have been enough to provide this information to everyone on Earth. But it is not enough, because the Earth is round.”