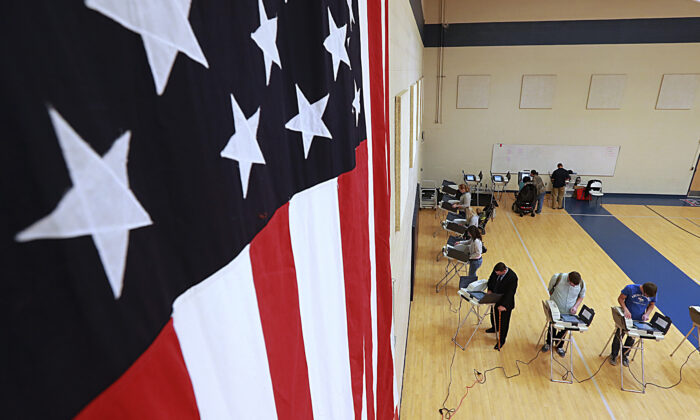 Health care and the economy ranked as the two most important issues facing the United States, ahead of abortion and protecting religious freedom, in a new national survey of evangelicals that has some conservative political and religious leaders worried.

The survey, “Courage, Civility, and Our Democracy,” of 1,317 individuals who either self-identified as evangelicals or expressed views understood as characteristic of evangelicals was conducted a week after the 2018 election by Lifeway Research (LR), on behalf of the Southern Baptist Convention’s Ethics and Religious Life Commission (ERLC). The survey results were released in September.

An ERLC spokesman declined to comment for this story.

Fifty-one percent of the respondents said “health care” was their top concern, followed by “the economy” with 47.5 percent, national security with 41.5 percent, and immigration with 40 percent. (The figures are averages for separate LR figures for the self-identified group of respondents and those with views identifying them as evangelicals.)

Religious freedom and abortion only ranked fifth and sixth at 33 percent and 28.5 percent, respectively, after decades of being among the key issues motivating evangelical voters, who account for as much as a third of the national electorate and are anchors of President Donald Trump’s Republican base.

Other results in the survey also suggested a decline in importance of traditional social issues such as abortion and religious freedom among evangelicals.

When asked, for example, if they would only support a candidate who “wants to make abortion illegal,” 50 percent either strongly or somewhat strongly agreed.

While the survey didn’t ask about a candidate who supports religious freedom for Christians, 67 percent of respondents strongly or mostly agreed that “it is important for American Christians to advocate for the religious liberties of Muslims and other non-Christians.”

Larger majorities said they would only vote for candidates who “will fight racial injustice” (65 percent), “will make my life better” (67.5 percent), and “will make fighting poverty a priority” (70.5 percent). Opposing racial injustice and poverty are most closely linked to Democratic and liberal voters, and rank comparatively lower for Republicans and conservatives.

A decade ago, professors Steven Brint and Seth Abruytn at the University of California–Riverside, wrote in a study published by Journal for the Scientific Study of Religion that they found “that moral standards traditionalism is a particularly important explanation of conservatism on a wide range of issues, though religiosity and gender and family ideology are also important.”

Today, the ascendance among evangelicals of “bread-and-butter” issues such as health care and the economy over abortion and religious freedom may mark a significant change of priorities within a voter group that can make or break candidates in many states and congressional districts.

That worries conservative evangelical leaders such as Focus on the Family President Jim Daly, who told The Epoch Times on Oct. 8: “Am I surprised? No. Am I disappointed? Yes. Life and religious freedom are first principles that make physical and economic health even possible.”

Daly attributed the change to “the product of a relentless ‘drip, drip’ of a culture being fed lie and after lie. Consider the fact that Planned Parenthood has been able to convince hundreds of thousands of mothers each year to not treasure the baby in her womb, effectively de-naturing and de-nurturing countless women. What we’re witnessing is the reaping of a whirlwind, the unmooring of a culture increasingly antagonistic to the pursuit of higher ideals.”

Charlotte, North Carolina-based evangelist Jeff Maples of Reformation Charlotte also wasn’t surprised by the results, telling The Epoch Times on Oct. 8 that he attributes the change to “a departure from sound teaching and a loss of gospel mission.”

The result, Maples said, is that “instead of teaching Christians how to think biblically about culture and politics in a way that seeks God’s glory, we’ve created a generation of activists who don’t see themselves as fallen creatures at the mercy of God’s grace, but people who believe in self-entitlement. Evangelicals should be concerned because this creates a culture within the church that looks no different than the world.”

Another factor in the change is creeping dilution of the meaning of “evangelical,” conservative blogger and radio host Erick Erickson told The Epoch Times.

Asked about the racial injustice and poverty responses, Erickson said that “this is indicative of the fact that among actual church-going evangelicals in the country, there is a recognition that the ground has been ceded to the left, but in a way that I think conservatives can get them back” by emphasizing “how Christians and free markets can and should co-exist.”

Republican congressional and presidential campaign veteran Brian Darling told The Epoch Times that Democrats are the best guarantee that most conservative evangelicals will continue to support Republicans.

“The GOP’s greatest ally right now with evangelicals are the Democrats,” said Darling, who is president of Liberty Government Affairs. “The Democratic Party, as a whole, has embraced a radical agenda driven by the Democratic socialist wing of the party that has made it impossible to draw evangelicals’ support.

“Evangelicals will come back home to the GOP because the Democrats over the past few years have treated them like ‘deplorables’ and bigots for having a strong faith.

“The radical left agenda that attempts to force people of faith to accept what is not acceptable in their religion is a non-starter for evangelicals and will doom the Democratic Party to be a marginalized party within the faith community.”