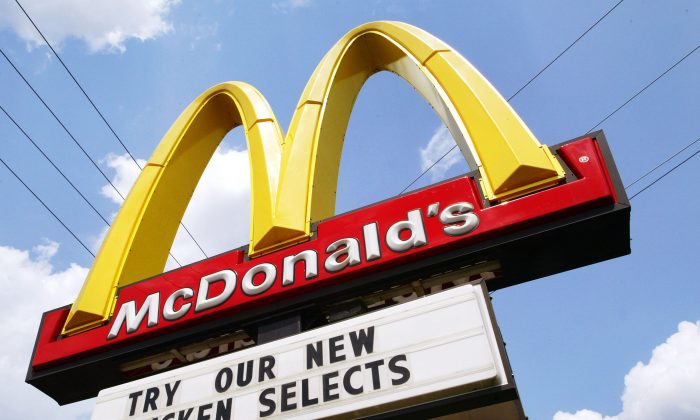 Items from popular fast-food chains contain small amounts of certain chemicals in plastics that are believed to disrupt human hormones and possibly cause other serious health problems, a new study suggests.

Researchers from George Washington University purchased 64 fast food items from outlets including McDonald’s, Burger King, Pizza Hut, Domino’s, Taco Bell, and Chipotle, and found 10 of 11 potentially harmful chemicals in the samples, including phthalates, and other plasticizers.

Phthalates make plastics like polyvinyl chloride (PVC) more flexible and are used in vinyl flooring, adhesives, detergents, lubricating oils, and automotive plastics. People can be exposed by eating and drinking foods and beverages that have been in contact with plastic containers, according to the Centers for Disease Control and Prevention (CDC).

Phthalate levels are regulated in food in the European Union, but not in the United States.

“We found phthalates and other plasticizers are widespread in prepared foods available at U.S. fast-food chains, a finding that means many consumers are getting a side of potentially unhealthy chemicals along with their meal,” Lariah Edwards, lead author of the study and a postdoctoral scientist at the university, said. “Stronger regulations are needed to help keep these harmful chemicals out of the food supply.”

The study found that food items containing meats, such as cheeseburgers and chicken burritos, had higher levels of the chemicals, with those items containing the highest levels of DEHT, a replacement plasticizer. The same chemical was also detected in food handling gloves from the same fast-food chains, the researchers said.

The Epoch Times has reached out to the six fast-food restaurants mentioned in the study and the Food and Drug Administration.

Ami Zota, a professor of environmental and occupational health at the university, said her team is concerned that certain racial or minority groups may be disproportionately affected by these chemicals.

“Disadvantaged neighborhoods often have plenty of fast-food outlets, but limited access to healthier foods like fruits and vegetables,” Zota said. “Additional research needs to be done to find out whether people living in such food deserts are at higher risk of exposure to these harmful chemicals.”

The human health effects of phthalate exposure are not known, according to the CDC, but they have been shown to affect the reproductive systems of lab animals.

“Phthalates are of concern because animal and epidemiology studies have linked exposure to a range of adverse health outcomes, from toxicity to developing male reproductive systems, neurodevelopmental issues, miscarriage, and preterm birth,” said Justin Colacino of the University of Michigan School of Public Health in Ann Arbor, who was not involved in the study.

The FDA has since issued a statement saying that it will review the findings from the George Washington study.

“Although the FDA has high safety standards, as new scientific information becomes available, we reevaluate our safety assessments,” an FDA spokesperson told the Washington Post. “Where new information raises safety questions, the FDA may revoke food additive approvals, if the FDA is no longer able to conclude that there is a reasonable certainty of no harm from the authorized use.”