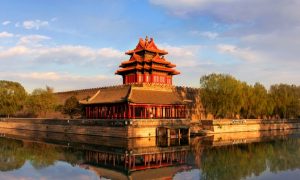 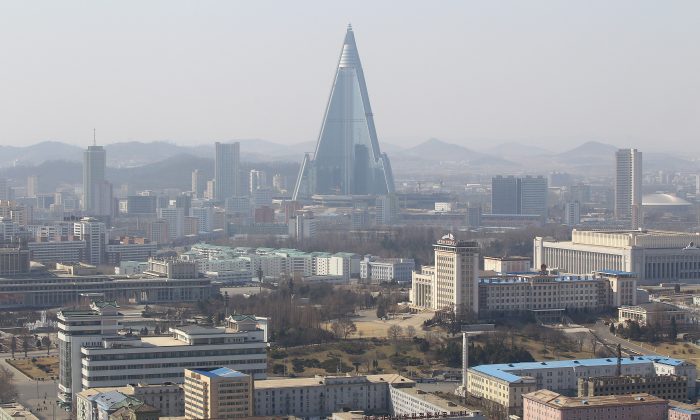 Some Countries Never Leave You When You Leave Them

Some countries never leave you when you leave them. They mark you in some indelible way. Among these countries in my case are Haiti, Liberia, and North Korea.

I visited North Korea in 1989. I was a member of the British delegation to the International Festival of Youth and Students, held that year in Pyongyang, though by 1989 I was no longer a youth or a student except in the sense that I hoped to go on learning to my dying day.

The International Festivals of Youth and Students were a kind of Olympiad of communist youth, held every four years in a different capital of the communist world. The one in Pyongyang was the last ever held, and I managed to wangle my way on to the British delegation (though I was extremely anti-communist) for two reasons: first the delegation wanted to be accompanied by a doctor and second I had worked in Tanzania, whose first dictator, Julius Nyerere, had been a great friend of Kim Il-Sung and it was therefore assumed that I must have some kind of affinity with or for the North Korea of Kim Il-Sung.

North Korea was, of course, the ne plus ultra of communist states, the most terrifying country on earth. The Romanian dictator, Nicolae Ceausescu, was so impressed by his minutely choreographed reception on a state visit to North Korea in 1971, which was a kind of hybrid of Busby Berkeley and the Nuremberg Rallies, that he decided to try it for himself at home, but alas for him the Romanian people were not up to it. Thus an official Romanian welcome never became nearly as terrifying as a North Korean one. (Incidentally, a political companion of Nyerere, the then foreign minister, who later fell out with him and went into exile, told me that Nyerere had his head turned, to the immense detriment of the Tanzanian people, by the welcome he received in China on his visit there during the Cultural Revolution, thinking that the immense crowds that “welcomed” him really loved him.)

For two reasons I was relieved when the North Korean Airlines Tupolev aircraft touched down in Moscow: First it had arrived safely, which seemed to me by no means guaranteed (it had made an emergency stop in Khabarovsk); and second because it meant that I could breathe free again. The fact that I breathed free again in Moscow, of all places, showed just how terrifyingly oppressive North Korea had been.

Ever since then, now more than thirty years ago, I have never been able to resist books about North Korea. I am especially fond of picture books and find them inexhaustibly fascinating (and horrifying), even though they tend to be very similar, because the country is so tightly controlled that foreigners are able to see only the same things, more or less. The latest addition to my collection is “Model City Pyongyang,” by Cristiano Bianchi and Kristina Drapic (Thames & Hudson and MIT Press), which concentrates on the architecture of Pyongyang.

Has the city changed much since I was there? Under Kim the Third (I visited during the reign of Kim the First), the style of inhuman grandiosity has changed somewhat, being slightly more post-modernist than modernist or brutalist. But the sensibility is the same: There is an obvious desire, remarkably fulfilled, to overawe mere individual humans and impress them with their insignificance by comparison with the power—or the omnipotence—of the regime.

One slight change is that the few people who appear in the photographs are dressed in a greater variety of clothes than were people when I visited the city, when they were all in uniform blue proletarian garb. Pyongyang was never a city of spontaneous crowds—the only permitted gatherings were orchestrated, and as the Marquis de Custine wrote about St. Petersburg in his great book, “Russia in 1839,” “a crowd [that is to say, a large number of people who gathered without official authorization] would be a revolution.”

The pictures in this book of “mass dancing,” which is the dancing that the population is compelled to practice and indulge in at the regime’s direction, brought back extraordinary memories. At one of these dances back in 1989, a woman dressed in a brightly-colored long nylon chiffon robe, still evidently de rigueur, gripped my wrists with an icy strength reminiscent of Dracula’s in a horror film, and danced me around. This was friendship between peoples à la North Korea. I didn’t know whether to laugh or be terrified myself.

But whenever we criticize others, it is as well to turn our searchlights inwards. True enough, the architecture displayed in this book is inhuman, or worse than merely inhuman: it is anti-human. But, when one looks at their contemporary architecture, is it in fact so very different, or so much worse, than our own? The answer is, “No.” Particularly is this so in Europe, where—given its millennial history of architectural achievement—it is all the more inexcusable.

When you look at modern architecture in France, for example, or England, it bears a striking resemblance to that of Pyongyang. In France, whose intellectuals have long had (or had) a fascination with totalitarianism, the deeply Fascist architect, Le Corbusier, is an almost untouchable figure in schools of architecture. Criticism of his work is career suicide, though not of course to be compared to the effects of criticism of Kim Il-Sung, Kim Jong-Il or Kim Jong-Un in North Korea, where death rather than failure to advance would be the consequence. But there can be no question that Le Corbusier’s urbanism bore a very strong resemblance to Pyongyang’s—or perhaps I should put it the other way around.

Le Corbusier hated the street and spontaneous street life. He saw it as a kind of bacterial infection of his otherwise pure culture of architecture without humans. The North Korean regime hates (and fears) street life, as did Le Corbusier, as a kind of contamination that escapes its control. It therefore builds like Le Corbusier, who had a plan (le Plan Voisin) to turn Paris into Pyongyang-sur-Seine before Pyongyang had ever been conceived. But at least the Kims had the excuse that Pyongyang was completely destroyed during the Korean War and had to be rebuilt from scratch.

The parallels between Le Corbusier and other modernists, such as Lucio Costa, the urbanist of Brasilia, and the Kim dynasty, are very strong. That is why we should not preen ourselves that “Model City Pyongyang” is just the aberration of a far-away country of which we know nothing.