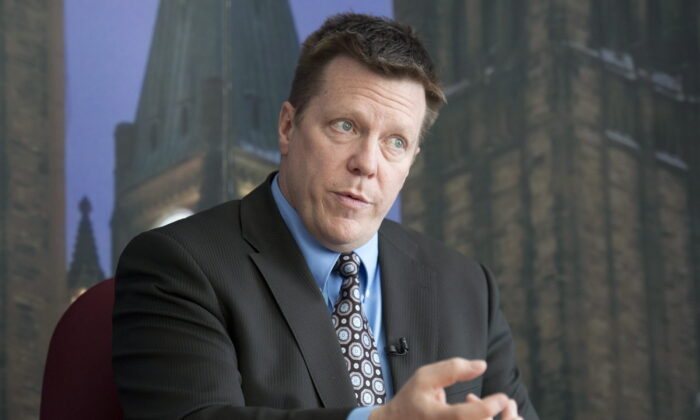 Certain MPs, MPPs, and municipal politicians are known by Canadian intelligence to be paid by foreign agencies, a former senior officer for the Canadian Security Intelligence Service (CSIS) says.

Michel Juneau-Katsuya appeared before the House of Commons Committee on Access to Information, Privacy and Ethics on Aug. 9 where he said that Canadian intelligence agencies such as CSIS and the RCMP have had to closely monitor politicians known to be working for foreign entities.

“We have had to surveil parliamentarians because there are parliamentarians at all levels—whether it’s municipal, provincial, or federal—that are being paid by foreign governments and that are not necessarily acting in the interests of Canada,” said Juneau-Katsuya.

Juneau-Katsuya did not name the specific foreign governments or Canadian politicians involved but said that the issue is ongoing.

“It was [happening] beforehand and it’s still happening,” he said. “Foreign agencies try to recruit elected officials and it’s fairly easy because elected officials don’t necessarily listen to the security guidelines to protect themselves, or sometimes they may be ignorant or maybe serve their own self-interests.”

“What we know for sure is that we have various foreign countries who’ve succeeded in recruiting elected officials—again, municipal, provincial, or federal—and were capable to influence this way,” said Juneau-Katsuya, who is now the president and CEO of security consulting firm The Northgate Group.

The federal government stated in a June 2021 response to a report by the Commons Committee on Foreign Affairs that “Chinese authorities” have been reported for “harassment and intimidation of individuals in Canada.”

“The Government has warned Chinese authorities against interference activities, raised concerns directly over attempts to intimidate Canadians from freely expressing their views, and will continue to do so,” read the statement.

Juneau-Katsuya also told the committee that certain politicians have to be monitored after they leave public office for fear that they may either start or continue working “directly against national security.”

Bloc Quebecois MP René Villemure said that he was “disturbed by the revelation that elected officials could be recruited by foreigners” while Conservative MP James Bezan said he was “dumbfounded” by the news.

Although there is no current law requiring that elected officials make public their work for foreign agencies, Bill S-237, which is awaiting approval by the Senate, will obligate “individuals acting on behalf of a foreign principal” to declare their related actions and will increase the legal penalties for those found guilty of acting on behalf of foreign governments.