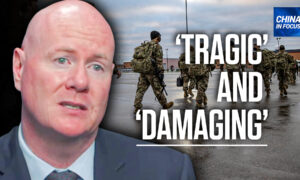 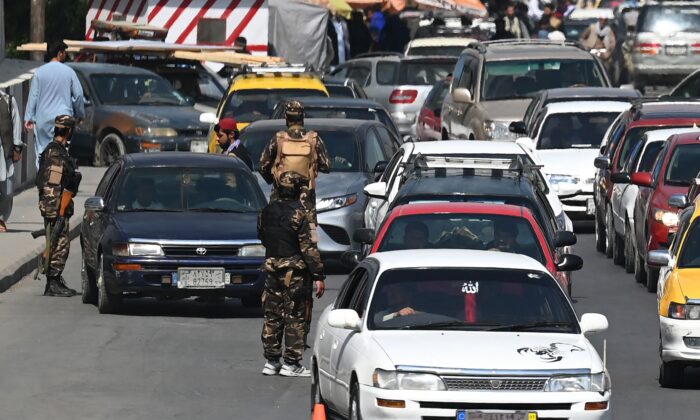 Taliban fighters stand guard as they check commuters at a road checkpoint in Kabul on Sept. 4, 2021. (Aamir Qureshi/AFP via Getty Images)
US News

Some 100 American citizens still remain in Afghanistan following the U.S. military withdrawal and “many of them want to stay,” White House Chief of Staff Ron Klain said on Sunday.

During an appearance on CNN’s “State of the Union,” Klain said that the U.S. government is in touch with “all” of the Americans still left in the country who have been identified “on a regular basis.”

“We believe it’s around a hundred,” Klain said. “Obviously, we’re hopeful that in the coming days that the Qataris will resume air service out of Kabul. And if they do, we’re obviously going to look to see if Americans can be on those flights.”

Klain added that the Biden administration is also working to evacuate additional Afghan allied personnel with Special Immigrant Visas (SIV). The SIV program was created to protect Afghan allies who risked their lives helping U.S. troops in the country.

Earlier on Friday, Secretary of State Antony Blinken said that the department was in “constant contact” with U.S. citizens still in Afghanistan.

“Most of the remaining American citizens are dual nationals whose home is Afghanistan and whose extended families live there. So it’s no surprise that deciding whether or not to leave the place they call home is a wrenching decision,” he said.

Biden earlier in August vowed to keep U.S. troops in the country until all Americans who wished to leave had been evacuated.

The Taliban is “holding them hostage for demands,” he said, noting that the Department of State “has cleared these flights, and the Taliban will not let them leave the airport.”

The top-ranking Republican on the House Foreign Affairs Committee didn’t elaborate on the Taliban’s demands, but he said it is “turning into a hostage situation” and said the terrorist group “will not gonna allow American citizens to leave until they get full recognition from the United States of America.”

The Epoch Times has contacted the Biden administration and the Department of State for comment.