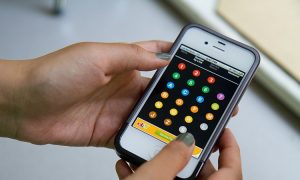 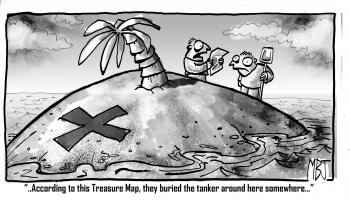 Russell H Smith
biggersmaller
Print
The growth and sheer audacity of Somali piracy, is fast becoming an international crisis in the making.  Yet mainstream consciousness remains dangerously opaque to the gravity of the possible “end-game”.
Society finds it more palatable; accepting Hollywood depictions of swashbuckling antics, by brigands, with eye patches, pieces of eight and hearts of gold. Yet modern-day piracy is no more romantic than the terror-filled barbarism, dished out by Blackbeard around the Caribbean Isles, or the kidnapping, extortionist Barbary pirates of North Africa.

So as we grapple for a 21st century solution to the escalating scourge of Somali piracy, we may want to defer to the eminent Thomas Jefferson for a 19th century fix. Yes, the same Thomas Jefferson of the Declaration of Independence; third president of the U.S., and pacifier of Barbary piracy.

A polymath like Jefferson understood, “tyranny” and “terrorism” says Christopher Hitchens, in an essay “Jefferson verses Muslim Pirates” for the spring 2007, “City Journal”. In 1785, as the First Minister to France, Jefferson, accompanied by John Adams, waited to be received by Tripoli’s ambassador to London, Abd Al-Rahman.

The two envoys of the nascent American Republic inquired; “by what right the Barbary states preyed upon American shipping, enslaving both crews and passengers? Al-Rahman replied in a now familiar refrain; “it was written in the Koran, that all Nations who should not have acknowledged their authority were sinners, that it was their right and duty to make war upon whoever they could find and to make Slaves of all they could take as prisoners, and that every Mussulman who should be slain in battle was sure to go to Paradise.” Jefferson noted, with irritation that Al-Rahmen did not fail to; “mention the size of his own commission”, writes Hitchens, in “Thomas Jefferson: Author of America (Eminent Lives)”.

Comprising of today’s Algeria, Libya, Morocco, and Tunisia, the Barbary States terrorised, extorted, kidnapped and enslaved “some 1.5 million European and Americans between 1530 and 1780”. Hitchens surmises, Jefferson had already decided, after his first encounter with the extorting Al- Rahman, that should he become commander-in-chief of American forces, he would strike the Barbary pirates.

And so he did, the first “Barbary Wars” began in 1801, when President Thomas Jefferson dispatched a freshly minted naval squadron to North Africa, to protect American merchant vessels in the Mediterranean. He even assembled a small coalition from Europe’s seafaring nations. The ensuing conflict lasted some 15 years, and concluded with the shelling into submission of Algeria in 1816. The first line of the Marines’ Hymn still invokes the attacks and victory over the Barbary States; “To the shores of Tripoli”.

Jefferson’s logic to end Barbary piracy was stunning in its simplicity. Writing to two future American presidents, John Adams, ambassador to Great Britain and James Monroe, then a member of Congress, he elucidates; “Paying the ransom would only lead to further demands”, and in a letter to then president of Yale College, Ezra Stiles, “it will be more easy to raise ships and men to fight these pirates into reason, then money to bribe them.”

Today however, Jeffersonian wisdom and leadership, seems lost in the aftermath of 83 attacks on ships off Somalia this year, with 33 vessels hijacked and more than 200 crew still held captive. Official UN statistics are even higher; “This year so far 92 ships have been seized by pirates, triple the number seized in 2007. 14 of those 92 ships remain in pirate hands, whilst ransoms of between $30 and $40 million have been paid to pirates to free crews.” These ransoms are reminiscent of the tribute payments (exacted for protection), to the Barbary States, in exchange for safe passage of ship, crew and cargo.

So not much has changed in two and a half centuries; the underlying narrative of piracy remains, while the international community displays a state of acquiescent paralysis.

Consider an end-game that resembles the attempted hijacking of a 30,000-ton (180-metre) luxury liner, with 684 passengers and some 400 crew onboard – as occurred on Sunday, 30th November, 2008. Transiting through the Gulf of Aden, off the coast of Yemen, the Oceania Nautica, was engaged by two small pirate skiffs attempting to alter her course.

Coming under fire, the Nautica initiated one of several anti-piracy measures, ultimately out-flanking the pirates’ craft with superior speed. Heading southeast, the Nautica found safe harbor in the Seychelles.

But what an unfathomable end-game to imagine; a successful boarding of such a large passenger vessel, by perpetrators more radicalized, far more fatalistic, progenies of Abd Al-Rahman if you will, rather than the organized thieves extorting the shipping-lanes of the north-eastern African littoral.

In November, 2002, after the capture of Abd al Rahman al Nashiri, widely acknowledged as Al Qaeda’s chief of maritime operations, interrogators were astonished, “by a 180-page dossier, captured with him, which listed cruise liners sailing from Western ports as "targets of opportunity." The dossier indicated that large cruise ships exceeding 140,000 gross tons and carrying more than 5,000 passengers were desirable targets for terrorists.” Nashiri insisted that if warships became too difficult to approach, tourist ships could be targeted.

The suicide bombing, against the U.S. Navy destroyer the USS Cole, on 12 October 2000, while it re-fuelled in the Yemeni port of Aden, was an Abd al Rahman al Nashiri, planned operation.

Embolden by the successful hijacking of the Saudi supertanker Sirius Star, (some 450 nautical miles off the coast of Kenya), described as; “the size of three soccer fields and three times the weight of a US aircraft carrier, is the largest ship ever seized by pirates”. Laden with oil worth $100 million, with a record ransom request of $25 million – Somali piracy is trending in an ominous direction.

While international warships have created a “security corridor” in the region under a U.S.-led initiative, attacks on shipping have not abated. This almost congratulatory admission, from the highest ranking U.S. military officer, on hearing about the fate of the Sirius Star; "I'm stunned by the range of it," said Navy Adm Mike Mullen, chairman of the US Joint Chiefs of Staff. "The pirates, he added, are "very good at what they do. They're very well armed. Tactically, they are very good."

So are we in for yet another “CNN Effect”? That famously coined 24/7 news coverage, of starving and dying Somali children, beamed into our lives throughout 1992-1993. And will it be a catastrophe, on the scale of a “floating 9/11”, that invokes Jeffersonian solutions?

Somali pirate recruiters no doubt cast their operations, as low risk and high yield, in fact, so did the Barbary pirates – and what an end-game they had!

You get my drift.

Russell H. Smith is a Pulitzer Center award-winning journalist. His writing and opinion editorials focus on the International Relations with an emphasis on U.S. foreign policy and its profound shaping of international systems. He blogs at www.aussieintel.com