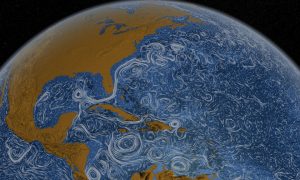 The Ocean Cleanup: The Solution to Ocean Pollution (+Video)

Dutch engineer Boyan Slat, has spent his teenage years searching for a solution to clean the oceans of pollution.

During a scuba diving holiday in Greece aged 16, he found there were more plastic bags than fish in the sea.

Back in Holland he spent his school project researching why there was so much plastic garbage roaming the oceans.

Up to now vessels with nets are used to fish out the floating debris, but it is both very costly and dangerous to marine life which gets caught in the nets.

Boyan thought to himself “Why move through the oceans, if the oceans can come through you?”

The teenager decided to set aside his social life and put his mind to inventing a workable solution.

How Does The Ocean Cleanup Work?

Two arms of over 50 km placed in a V shape will passively collect the garbage passing through.

A solar powered platform will collect the gathered plastic debris and shred it to pieces before being taken to land in containers.

The system will pose no threat to marine life as they will pass underneath the solid barriers moved by the ocean’s currents, thus preventing by-catch.

All floating material will stay at the surface level ready for collection.

The young inventor and his Ocean Cleanup team presented a year long scientific research study this month in New York and Delft in a simultaneous live broadcast.

The 530 pages report called How The Oceans Can Clean Themselves is a collaboration with over 100 experts worldwide and responds to questions related to engineering, oceanography, ecology, recycling, maritime law and finance.

An Ocean Clean Up Is Much Needed

The oceans are in a permanent state of plastic waste invasion

Millions of tonnes of plastic debris accumulate permanently in the oceans. Moved by rotating currents they gather at five key areas called gyres.

Boyan Slat’s clean up project will first tackle The Great Pacific Garbage Patch. His research states it could take ten years to collect half the debris present in the North Pacific Ocean when employing one Ocean Cleanup system.

Over a hundred thousand sea mammals and a million birds suffer a slow death each year due to either entanglement with nets and accumulated floating debris or by ingesting small pieces of plastic mistaken for food.

Unfortunately many cosmetic brands use microbeads in their products, such as toothpaste and face cleansers.

This minuscule polystyrene beads get flashed down the water stream ending up in the oceans and has thus entered the food chain.

Plastic when in contact with sea water and when baking in the sun becomes a sponge for toxic waste such as DDE and PCB, magnifying up to a million times  its toxic levels.

So alarmingly, when we eat fish products we are also ingesting toxic waste.

The Ocean Cleanup Foundation has now launched a crowdfunding campaign so they can start building a large-scale operational pilot in three to four years’ time.

Their need to raise 2 million dollars to turn this nightmare into a happy ending. Click here to view their campaign.