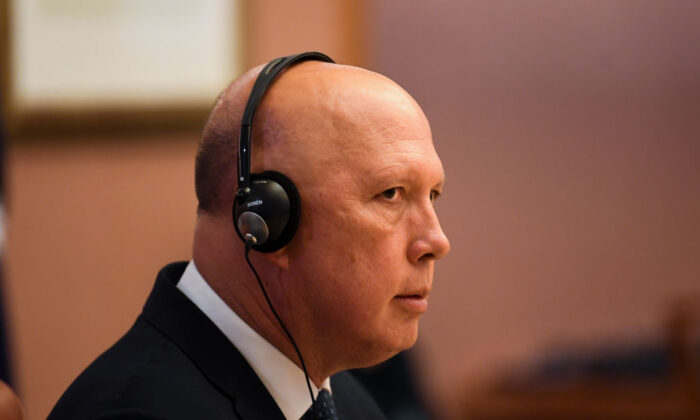 Australian Defence Minister Peter Dutton says he does not expect the Solomon Islands will allow China to establish a military base.

However, Australia remains concerned about the growing militarisation of the region.

Foreign affairs officials found out about a security pact between China and the Solomon Islands when a draft was leaked on social media.

The Department of Foreign Affairs and Trade has asked for a copy of the agreement, which had been “initialled” two weeks ago.

Sogavare said his country was seeking to broaden its security partnerships.

Dutton says the government is taking an interest in developments.

“The Solomon Islands has been very clear they won’t allow a military base there,” he told Nine on Sunday.

Asked of the prospects of conflict in the region, Dutton said: “I think there is a likelihood.

“We need to be realistic about the threats in our own region and that is why Australia is standing with our allies,” he said.

“We can’t take for granted the democracy we’ve got, our freedom of speech, our adherence to the rule of law and the principles that have stood us well over decades. We need to stand up to bullies and we are doing that.”