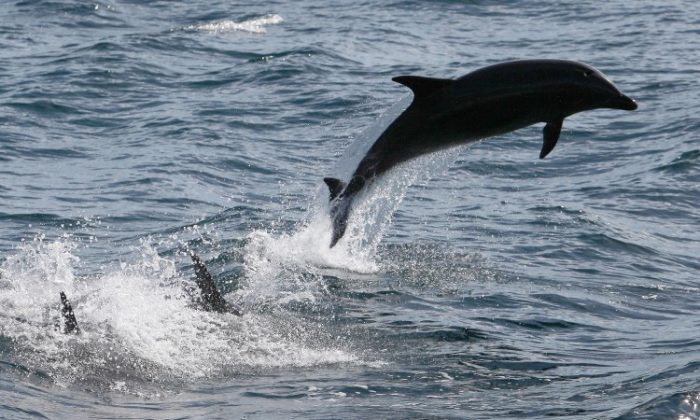 A group of rogue villagers in the Solomon Islands claimed responsibility for slaughtering as many as 900 bottlenose dolphins earlier this week to retaliate against receiving little payment from a conservation group.

The villagers had a memorandum of understanding with the Earth Island Institute not to kill any dolphins, but they told the Solomon Star that they received only $700,000 of the $2.4 million (Solomon Island Dollars, SBD) that were promised to them, so they acted “in retaliation.” The memorandum expired April 2012.

Atkin Fakaia, the chairman of the Fanalei Honiara village association, told the publication that people will not wait for the money because their livelihoods are at stake.

“They go back to hunting dolphin in order to sell the dolphin teeth and meat to earn money,” Fakaia said.

He told Radio Australia: “The village says the slaughter was held because the conservation group has breached a memorandum of understanding which facilitated it providing money for project development.”

“(The agreement) ensured it and other villages have not held their traditional hunt for the past two years.”

Lawrence Makili, the head of the Earth Island Institute, said that the village association misused SBD $400,000 that was given, and so EII agreed to support projects of individual families who applied rather than dishing out hard cash. Makili added that because the dolphin hunt has resumed, the organization must now cut its funding.

“The sudden decision to kill dolphins lies with a disparate group from one community, Fanalei, who broke from the consensus we have built around ending the dolphin killing,” the Institute told the New Zealand-based website Stuff.co.nz.

“Many in this very community we helped are furious over these renegades,” he added.

The Solomon Islands, which has been the largest source of live dolphins for marine exhibits across the world for the past 15 or so years, purportedly banned the trade of live dolphins last year, according to Radio Australia.

“The Solomon Island captive dolphin traders, who continue to make millions of dollars on the blood trade in dolphins, have been the biggest opponents of the end of the Solomon Islands dolphin kills,” the group said. “They have claimed they are ‘saving’ dolphins by capturing them instead of letting them be killed–just like the captive dolphin traders do in Taiji, Japan.”

Traders make as much as $150,000 per dolphin, which are sold to parks in China, the Middle East, and the Caribbean, the organization added.

“There are reasons to believe there is corruption at work, and the dolphin captivity forces are behind this tragic resumption of the dolphin kill,” it said.