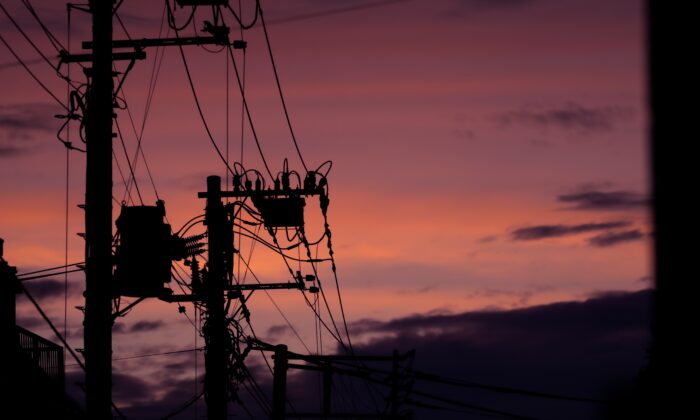 Researchers from the University of New South Wales (UNSW) have discovered a way to generate electricity from solar energy at night, potentially overcoming the problem of intermittency in solar renewable power.

During the day, the Earth heats up as sunlight hits the planet, and at night this heat radiates out into the cold outer space in the form of infrared light. A research team from UNSW’s School of Photovoltaic and Renewable Energy Engineering has managed to generate electricity from this radiated heat. To achieve this, the team used a thermoradiative diode, which is made from the same materials as night vision goggles.

“We have made an unambiguous demonstration of electrical power from a thermoradiative diode,” Associate Professor Ned Ekins-Daukes, who is leading the team of researchers, said in a UNSW media release.

“Using thermal imaging cameras, you can see how much radiation there is at night, but just in the infrared rather than the visible wavelengths,” he said.

“What we have done is make a device that can generate electrical power from the emission of infrared thermal radiation.”

The thermoradiative diode generates electricity by creating a flow of energy across the temperature differential that is created when hot infrared light is emitted into a colder area, such as the night air.

“Whenever there is a flow of energy, we can convert it between different forms,” Ekins-Daukes said.

“In the same way that a solar cell can generate electricity by absorbing sunlight emitted from a very hot sun, the thermoradiative diode generates electricity by emitting infrared light into a colder environment,” said Phoebe Pearce, co-author of the paper that published the discovery.

“In both cases the temperature difference is what lets us generate electricity.”

Pearce added that the thermoradiative process is similar to photovoltaics—the direct process of converting sunlight into electricity—in the sense that it was made by humans to harness solar power.

“We are diverting energy flowing in the infrared from a warm Earth into the cold universe.”

The amount of power that is generated using the thermoradiative diode currently, is approximately 100,000 times less than the power generated by a solar panel.

“The device works by drawing electrons into the semiconductor as thermal radiation is emitted,” said Ekins-Daukes in an email to The Epoch Times.

“Ideally, this is the only process, but unfortunately, in real semiconductor materials, there are other parasitic ways that electrons can find their way to the energy levels responsible for emitting light.

“Our device manages to draw one electron for every 100 photons (particles of light) that are emitted. If we can improve the semiconductor device, we can get closer to a one to one ratio.”

The results of the UNSW study confirm a process that was, until now, theoretical, propelling the world closer to developing more efficient and specialised technology that captures night-time solar energy at a much larger scale.

Ekins-Daukes compared the research team’s work to that of the engineers at Bell Labs, who demonstrated the first solar panel that was efficient enough for practical use in 1954. The Bell Labs solar panel had an efficiency of around six percent, according to the American Physical Society, yet that device led to the development of cells that can convert around 40 percent of sunlight’s energy into electricity.

He said that the team’s next step is to develop devices dedicated to increasing the generation of power from the emission of infrared light.

“At the moment, we are using a photodiode made from a mercury cadmium telluride alloy (HgCdTe) which is used as a sensor in night vision equipment.”

“We will switch to the III-V compound semiconductor system that is easier to work with and allows us more control over the device architecture,” Ekins-Daukes said. “Our device is presently performing at 1/10,000 of its potential, so there is significant scope for improvement.”

The research team believes that the new technology will have multiple practical applications, providing power in currently impossible ways.

Ekins-Daukes said that, in principle, body heat, which glows when viewed through a thermal camera, could be converted into power using the team’s technology.

“Right now, the demonstration we have with the thermoradiative diode is relatively very low power. One of the challenges was actually detecting it.”

“Down the line, this technology could potentially harvest that energy and remove the need for batteries in certain devices–or help to recharge them,” he said. ‘That isn’t something where conventional solar power would necessarily be a viable option.”

Technology that can eliminate the need for a battery or create a rechargeable battery is particularly useful for bionic devices such as artificial hearts, which currently are powered by batteries that have to be replaced regularly.

“The present diode that we have demonstrated could power a wristwatch from body heat if scaled up to the size of the watch,” Ekins-Daukes said.

Additionally, he said that the device with some improvements has the potential to deliver electrical power silently at night “with the evident application for military operations where electronics might need to be powered without a noisy diesel generator.”

“Finally, with a cheap, non-toxic scalable semiconductor material, it would be possible to combine the thermoradiative diode with a solar photovoltaic device, generating electricity from sunlight during the day and thermoradiative power at night,” he said.

“Even if the commercialisation of these technologies is still a way down the road, being at the very beginning of an evolving idea is such an exciting place to be as a researcher,” Michael Nielsen, co-author of the paper, said.

“By leveraging our knowledge of how to design and optimise solar cells and borrowing materials from the existing mid-infrared photodetector community, we hope for rapid progress towards delivering the dream of solar power at night.”

UNSW’s research team hope that industry leaders will realise the potential of night-time solar technology and support its development.

“I think for this to be breakthrough technology; we shouldn’t underestimate the need for industries to step in and really drive it,” Ekins-Daukes said.

“I’d say there’s still about a decade of university research work to be done here. And then it needs industry to pick it up,” he said. “If industry can see this is a valuable technology for them, then progress can be extremely fast.

“The miracle of solar power today owes itself to world-renowned researchers like Scientia Professor Martin Green at UNSW, but also to industrialists who have raised large sums of money to scale up manufacturing.”

This research study builds upon the work of an earlier team that included a co-author of this study, Andreas Pusch, who developed a mathematical model that this team used as a guide for their experiments. The results of the research behind the team’s discovery have been published in ACS Photonics.