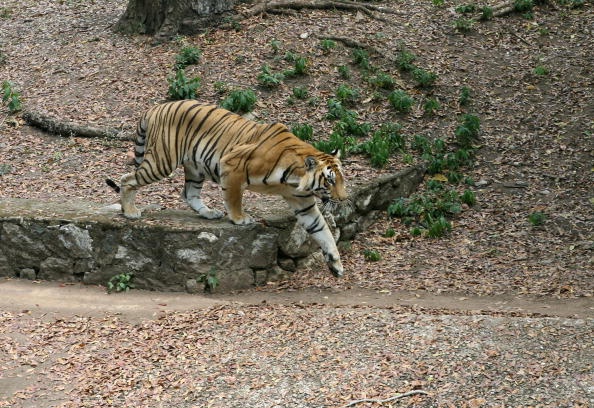 The use of a renewable non-polluting and viable source of energy that at one go helps tackle human-animal conflict and also lights up the lives of communities. This is the goals of the new, innovative method being employed to prevent tigers from entering Sunderbans’ village – solar lights.

The project ‘Lights for Stripe’ is an initiative of WWF-India. The objective of the project is to install solar lights along the edge of villages on the border areas of the tiger reserve so that tigers can be deterred from entering the villages.

The work on this scheme has been going on since 2009 and WWF has installed 78 lights at a cost of Rs 19.5 lakh (58 of these were co-funded by WWF-Australia and Aircel). For the first time crowd funding is being used to raise Rs 660,000 for 20 community solar lights.

According to WWF-India climate adaptation programme head Anurag Danda, the project aims to cover all 46 villages along the border of Sunderbans Tiger Reserve that are at risk.

“Lights have proved to be an effective deterrent. Not a single tiger straying has been reported at the solar light installation sites,” said Danda.

Sunderbans is a World Heritage site and Biosphere Reserve. These mangrove forests are a natural wonder, popular tourist attraction and a unique ecosystem. However, for the villagers living along the periphery of the Sunderbans, life is an everyday challenge. They live in constant danger of being attacked by tigers or crocodiles.

In the period from 1986 to 2009, 279 incidents of tigers straying into the adjoining villages were reported. Because the Sunderbans tigers are capable of swimming long distances at a speed of 16 km/hr, the 50-150metre creeks that separate villages from Bagna Forest Range are no deterrents for these big cats. The highest instances of straying are reported in areas where the creek is narrow. For example, in Kamalakhali creek, there are stretches where Samsernagar village of Hingalganj is only 15m from Arbesi. This is one of the villages most affected by tiger straying.

It has been observed that the installation of lights has been effective in preventing the movement of tigers into villages.

Shakila Bibi of Kalitala village, one of the beneficiaries of the programme, said: “I am a victim of human-animal conflict. My husband was killed by a crocodile while patrolling for the forest department. A combined solar light (street light and home light) connection was provided to me in 2009. Since then, straying has reduced.”

However, the tigers have adapted to the new challenges too. In recent times, they have tried to enter villages after swimming upstream or downstream from areas that were not lit up. This means that for the project to be totally effective, the entire coastline needs to be lit up.

“That led to the realization that the entire coastline has to be lit up by a chain of lights. Since these lights are usually on the embankment, they also serve as community streetlights,” said Danda.

The organisation is now looking forward to fulfilling this plan of total solar light installation in all the villages. In a region of the world that acts as a boundary between land and sea and where human and wild predator co-existence has been noted for centuries, it is surely the power of the sun that can help keep the harmony between man and wildlife.

This article was originally posted by Ramya Naresh, a contributing writer for www.indiasendangered.com. Please visit their website for the original story.