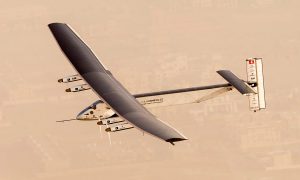 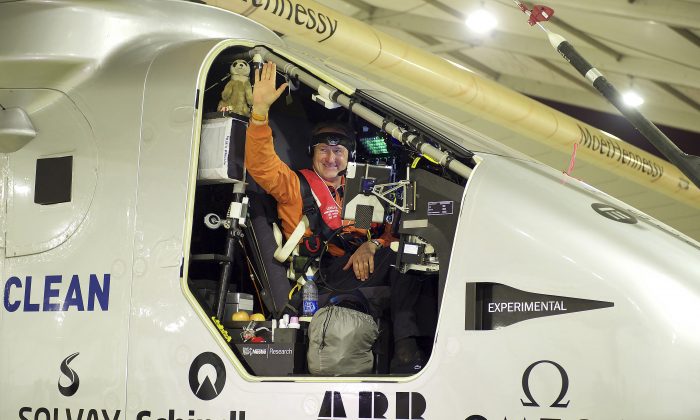 Solar Impulse Plane to Land in Japan Due to Bad Weather

TOKYO—A solar plane attempting to fly around the world without a drop of fuel plans to make an unscheduled stop Monday night in Nagoya, Japan, because of bad weather.

Swiss pilot André Borschberg took off from Nanjing, China, on Sunday on what was to be the longest leg of the journey, a six-day, 8,175-kilometer (5,079-mile) flight to Hawaii.

Instead, the Solar Impulse 2 will land in Nagoya in central Japan, organizers said.

Japanese Transport Ministry and Nagoya airport officials confirmed that they are making arrangements for an unanticipated landing at Nagoya Airport.

Elke Neumann, a spokeswoman for the Solar Impulse project, said from Nanjing that the team first noticed the bad weather pattern about 36 hours ago.

“We thought we might go through it,” she said. “But between Japan and Hawaii there’s no place to stop.”

The safety of the pilot and the plane are a priority, and they will likely wait a few days in Japan until the weather changes, she said.

The plane will land after scheduled flights at the airport end around 10 p.m.

Solar Impulse 2 needs room to land, so it generally avoids times when commercial flights are operating, Neuman said. The plane also usually lands at night, because the winds tend to be lower. It needs wind to be no more than 10 knots, she said.

“We are a little bit sad, because everything’s functioning perfectly: The batteries are charging, there’s enough sun, the pilot is in good health, he’s in good condition — it’s all working well,” Neumann said.

The journey started in March in Abu Dhabi, and the plane has stopped in Oman, India, Myanmar and China. The flight from Nanjing to Hawaii is the seventh of 12 flights and the riskiest.