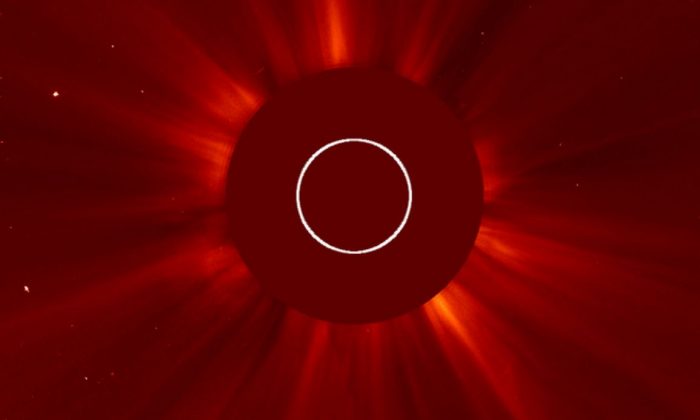 A solar flare erupted on the Sun Wednesday, sending billions of tons of particles into space, according to NASA. The solar storm will hit the Earth shortly.

The particles were sent towards our planet at around 380 miles per second, reaching Earth in one to three days, said NASA.

“These particles cannot travel through the atmosphere to harm humans on Earth, but they can affect electronic systems in satellites and on the ground,” NASA said in a statement on Wednesday.

The solar eruption is known as a coronal mass ejection (CME).

The space agency added: “Earth-directed CMEs can cause a space weather phenomenon called a geomagnetic storm, which occurs when they funnel energy into Earth’s magnetic envelope, the magnetosphere, for an extended period of time.”

In 1989, a solar storm was blamed for the cause of a power outage in Quebec. Last year, a solar flare caused problems with GPS tracking devices, satellites, and airline communications systems.

The sun is in its peak activity phase during Solar Cycle 24.

But, NASA added, “The CME’s magnetic fields peel back the outermost layers of Earth’s fields changing their very shape. In the past, geomagnetic storms caused by CMEs of this strength have usually been mild.”