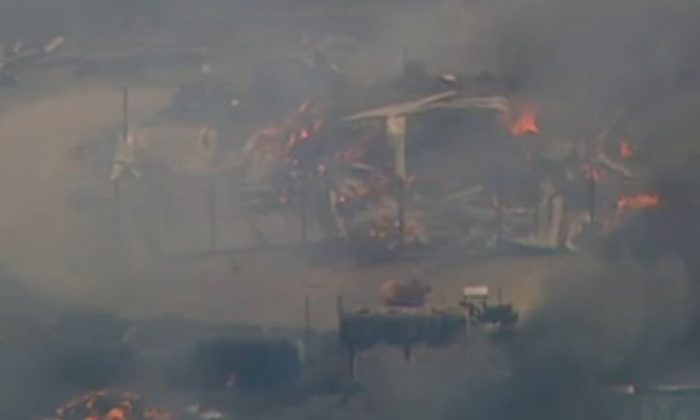 A grass fire is burning near Highway 12 in Solano County on Friday, according to reports.

The fire is located at Highway 12 and Nurse Slough Road, reported News 10.

The fire has turned into multiple alarms and has burned several structures, NBC Bay Area reported.

Residents of the East Bay Hills have been asked to watch for smoke.

NBC footage showed that farm equipment was caught on fire.