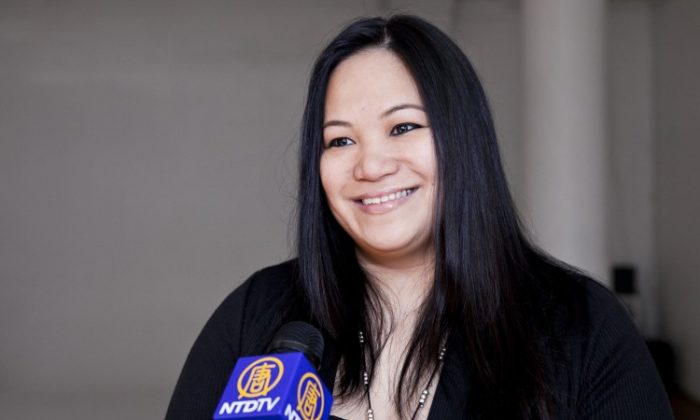 NEW YORK— Before the Tribeca Film Festival arrives at the end of the month, a lesser known, but not lesser quality festival, the Soho International Film Festival, is showing at the Sunshine Cinema from April 5 to 12.

The Tribeca Film Festival received 6,008 submissions for 2013; yet its capacity can only allow 169 films to be shown. So where can the other good films go?

Jorge Ballos founded the The Soho International Film Festival in 2009 precisely for that reason—to show the other good films.

“Jorge and I have been in the film industry for a very long time, and we had a conversation with some filmmakers about their frustration because their films were not getting the stage that they need,” said Sibyl Santiago, executive director of the Soho International Film Festival.

“We do have a bunch of festivals in New York City, but unfortunately they may be too big,” she said. “Some films are not getting the attention they should be getting.”

There will be 73 films from several film categories showing at the Soho International Film Festival this year. The social causes category has been expanded for 2013.

Some of the films that raise awareness of human rights abuses include “Body Complete,” a film about the Srebrenica genocide in July 1995; “Horse and Rider,” a film about the story of two women rescued from sex trafficking in India; and “Free China: The Courage To Believe,” a documentary about a persecuted spiritual movement in China.

“‘Free China’ is very important because there are so many people around the world who don’t know what’s happening behind the walls,” Santiago said. It’s a very current and important issue, which is why having this film in the festival is very important.

The award-winning documentary tells the story of a mother and former Communist Party member, Jennifer Zeng.

Zeng’s email was intercepted by the Chinese Internet police, resulting in her incarceration and torture for practicing Falun Dafa, which involves meditation and a teaching of truthfulness, compassion and tolerance.

He was arrested and sentenced to three years of re-education in a prison camp where he endured torture and was forced to make Homer Simpson slippers sold at stores throughout the United States.

With more than 150,000 protests erupting each year inside China, “Free China” highlights the issue of unfair trade practices with the West, organ harvesting of prisoners of conscience, widespread forced/slave labor, and the hope inherent in new Internet technologies that are helping to bring freedom to 1.3 billion people in China and other repressive regimes throughout the world.

“It is important to bring this film to the masses, hopefully we can bring it to mainstream with the festival,” Santiago said.

“When people know more about what is happening, they will be more aware of where they should be getting their products from,” she said. “It’s not about machines, or money, but the people who are affected. So I think it is really important for people to see this.”