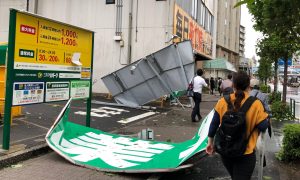 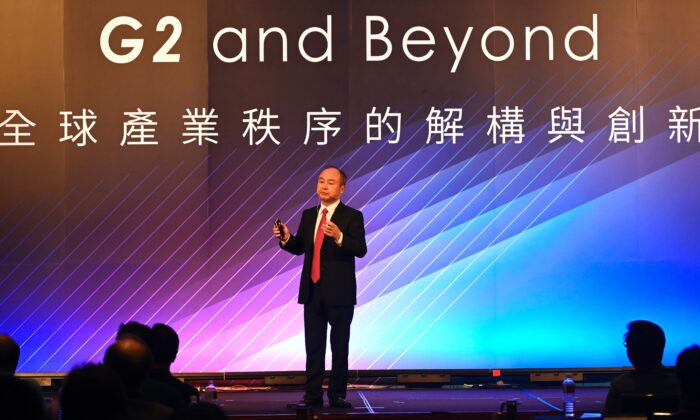 Masayoshi Son, Founder of Japans SoftBank, speaks during the G2 and Beyond forum organized by the Digitimes, in Taipei on June 22, 2019. (Sam Yeh/AFP/Getty Images)
Companies

SoftBank Makes WeWork an Example as Son Gets Tough With Founders

Masayoshi Son, long known as a free-spending benefactor who encouraged startup founders to pursue their dreams, had a different message for entrepreneurs last week: Your dreams had better be profitable.
Public investors aren’t going to tolerate gimmicks, like super-voting rights or complicated share structures that privilege founders over other stakeholders, the chief executive officer of Japan’s SoftBank Group Corp. told company leaders gathered for a private three-day event in the Langham resort in Pasadena, Calif., according to a person who attended the event. Profitability should be a short-term goal, he said.

Business must focus on good governance, getting in shape years before they consider going public, Son said at the event, where singer John Legend performed and a four-legged robot from portfolio company Boston Dynamics stalked across the hotel’s lawn, according to the person, who asked not to be identified because the meeting was private.

He drove the message home days later when SoftBank led the ouster of WeWork’s controversial co-founder Adam Neumann. The co-working giant had imploded as it tried to go public this month, with investors balking at paying a premium for a money-losing real estate venture controlled by an eccentric founder.

A spokeswoman for SoftBank declined to comment on the private event.

The messy, high-profile coup tarnishes Son’s reputation for picking winners. But Neumann’s removal also shows a new side of Son—an investor willing to enforce the kind of discipline that public investors demand at his portfolio companies.

“It’s a very public lesson for all the entrepreneurs,” said Chris Lane, an analyst at Sanford C. Bernstein & Co. “No one will want to be Adam.”

Son, the smiling billionaire with a 300-year vision and a goal for his portfolio companies to create “information revolution-happiness for everyone,” has been considered founder-friendly for decades. In 1995, he wrote a $2 million check during his first meeting with Yahoo! co-founder Jerry Yang. Five years later, he invested $20 million in Jack Ma’s Alibaba Group Holding Ltd., a stake that’s now worth more than $100 billion.

That was just a warm-up for his unprecedented $100 billion Vision Fund, raised in 2017. It’s since put money into a dizzying array of companies ranging from ride-hailing and genomics to vertical farms and satellites. In June, Son claimed his returns were 62% so far. SoftBank’s operating income from the fund’s unrealized gains have eclipsed earnings from its core operations, such as its domestic telecommunications service.

But now, SoftBank will have to decide whether to write down the value of its stake. The We Co. IPO has been delayed for now, but when it does occur, the market may value the company at about a third of its valuation when Son last put money into it.

Neumann didn’t make it to Pasadena last week, according to the person. On Sept. 24, he stepped down from his CEO role, taking the title of non-executive chairman.

SoftBank’s strategy of taking non-controlling stakes in the world’s leading tech companies and encouraging them to cooperate means that Son has little direct influence on how they are run. But the massive infusions of cash, ranging from about $100 million into the billions of dollars, come with accelerated growth schedules and an increased need for cash.

“If you are dependent on someone to provide the funding, it doesn’t matter how much they own,” Bernstein’s Lane said. “In the case of WeWork, the public markets clearly weren’t willing to step in. Their only viable option was the Vision Fund.”

More recently, Brandless Inc. CEO Tina Sharkey stepped down in March in a move that’s been attributed to growing tension with its shareholder. SoftBank had agreed to invest $240 million in installments in the maker of unbranded goods last year. Tensions had arisen when SoftBank began pressuring the company to turn a profit, according to news site the Information, which cited people with knowledge of the discussions who it didn’t name.

“Founders who really scale businesses like WeWork have to be ambitious and a little bit crazy,” said Steve Kaplan, professor at the University of Chicago’s Booth School of Business. “But it’s a rare founder who can go from starting a company to building it into a giant.”