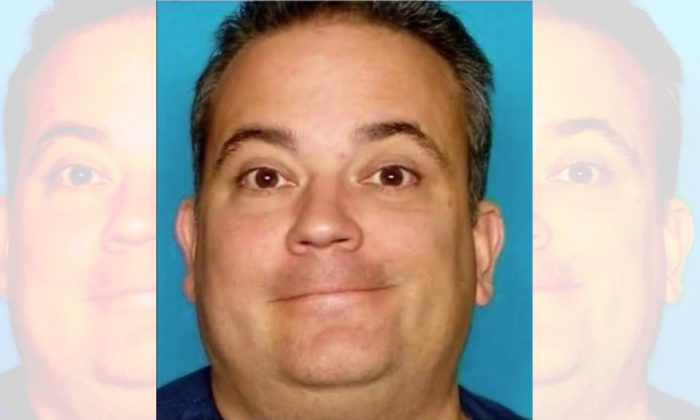 A Texas softball coach has been fired and charged with assault after footage emerged allegedly showing him charging toward a grandmother at a game and attacking her.

James Schmidt faces assault charges, KHOU reported, after allegedly slamming 59-year-old Donna Edwards to the ground as she was recording someone at the softball game being abusive and flicking people off.

“I was watching the game when I heard someone cursing and yelling,” she said, according to ABC7. She said she started to record the misbehavior, adding, “The kid who I was recording is his son.”

‘I Think I Was Knocked Out’

Edwards, who was at the game with her 11-year-old granddaughter, posted a video on Saturday, Feb. 16, showing a teenager making what appears to be a rude hand gesture at her and—moments later—the altercation.

“He body slammed me,” she told the Houston Chronicle. “He just charged at me like a football player and he was going for my phone.”

A visibly angered individual—alleged to be Schmidt—is seen in the video rushing up to Edwards and lunging at the camera before the footage cuts off.

“I was tackled and hit the concrete,” Edwards told ABC7. “I don’t remember what happened next. I think I was knocked out. That guy was trying to get the phone.”

“This is what Bubba Schmidt does when he gets mad. I was videotaping his son shooting the bird at everyone,” Edwards wrote in the caption to the video. “His dad, Bubba Schmidt, coach of the memorial sting, decided he wanted my phone. Look what he did.”

This is what Bubba Schmidt does when he gets mad. I was videotaping his son shooting the bird at everyone. His dad, Bubba Schmidt, coach of the memorial sting, decided he wanted my phone. Look what he did.

Edwards later posted a follow-up message saying, “The cops said the video is proof of assault. And yes, there are about 30 eyewitnesses to the whole thing that stayed till the cops got there.”

She added that Schmidt “was losing 15-0 and they just called the game. I don’t think he likes to lose. But I was told he has a history of bullying people, then he intimidates them, and they give him a pass.”

Edwards said on Facebook that her son intervened after the coach attacked her, and a “country style” fight broke out.

“That guy pushed me down hard on the cement and was trying to take my phone,” she wrote. “My son got him off of me and then they started fighting 😩 Country style.”

Lane Swore, Edwards’s son, told ABC7, “Before I know it, the guy’s on top of my mom, and I ran to that field and grabbed the man off my 60-year-old mom.”

Edwards said she went to a nearby emergency room for treatment of injuries she said she sustained in the attack.

Harris County Constable Mark Herman’s Office said on Tuesday that the alleged aggressor was charged with assault, according to ABC13.

“James Schmidt is currently wanted by law enforcement for class A Assault,” said Constable Mark Herman. “If you have any information regarding his whereabouts, you are urged to contact our dispatch.”

On Monday, Schmidt was relieved of his duties as coach with the Cy-Fair Texas Sting softball team. The organization released a statement that, according to ABC13, said: “Cy-Fair Texas Sting strives to promote honesty, integrity, trustworthiness, and accountability in coaches, players, and parents. We require the highest levels of good sportsmanship at all times.”

‘No Business Being Around Kids’

Edwards told ABC13 she was relieved at news Schmidt had been let go as coach of the Sting.

“Hallelujah! That’s all I can say because that guy has absolutely no business being around kids,” she said.

Edwards claims she is now suffering from neck and back pain as a result of the incident.

“Hopefully, somebody holds him accountable for his behavior,” she said.