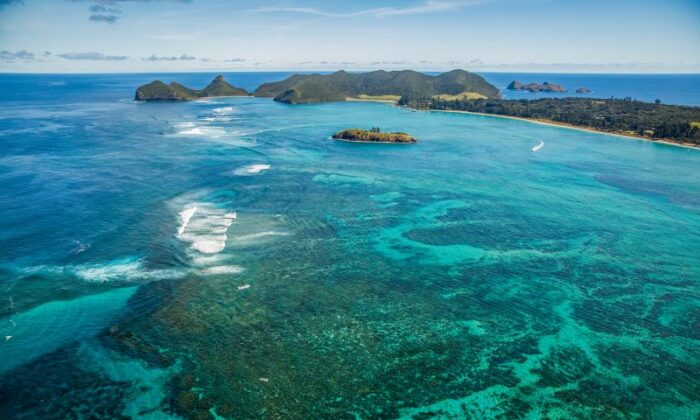 The soft corals of Lord Howe Island, approximately 700 kilometres northeast of Sydney, are demonstrating greater resilience to coral bleaching than the hard corals of the island, marine biologists have found.

Led by the University of New South Wales (NSW), the team surveyed the island’s coral reef—the world’s most southern—during, immediately after, and seven months following a marine heatwave in 2019.

PhD student and lead author of the paper, Rosemary Steinberg, said in a release on Thursday that overall, soft corals of Lord Howe faired better than hard corals during the bleaching event.

“This suggests that if Lord Howe Island continues to bleach, the species of soft corals that did well might become more prevalent on these reefs in comparison to their hard cousins,” she said, adding that this “allows us to plan for the benefits and challenges that a soft-coral dominated reef might pose.”

Steinberg explained that most photos of reefs show hard corals, which are usually rigid and immovable, whereas soft ones are different because the majority of them don’t form a solid skeleton underneath their tissue, making them flexible.

“The fact that some species not only survived bleaching but didn’t have any physical response to marine heatwaves is excellent news,” she said.

“It lets us know that while we may lose some species to future bleaching, there is a chance that the reef can recover, although with a different coral community.”

The team found that while some soft corals still showed signs of bleaching, the resistant species were common soft corals, and Steinberg hopes that these can maintain critical reef habitat and function while the more sensitive species recover.

According to Steinberg, each species of soft coral had a different response to the increased temperature, one bleaching, one showing no response, and another doing even better than normal.

Coral bleaching occurs when symbionts—microscopic organisms that live in the coral’s cells to impart energy and colour—are expelled from coral, something commonly seen in a marine heatwave.

However, the researchers found that the species Xenia sp. responded to the heatwave by acquiring more, not less, of these symbionts, meaning, in theory at least, that species of coral should generate more energy as a result of the heatwave.

“This really surprised me. Xenia is a very charismatic and beautiful species, and I’m not entirely sure what happened,” Steinberg said.

“Perhaps it was a unique stress response, or perhaps they thrive during heatwaves—or, at least, warmer water than the cooler Lord Howe Island temperatures.

“Knowing which groups and species of corals are likely to survive in our warming world is critical to conserving corals reefs,” she said, adding that this knowledge can help researchers predict what future reefs will look like, what marine life they will support, and what services they will be able to provide communities that rely on them.

Since hard corals build the rock structure of reefs and without them, reefs begin to fall apart, Steinberg said with the finding that soft corals might survive better in the warming waters of eastern Australia, it is critical to understand what role soft corals play in keeping the hard reef structure together.

The research team is now trying to gain a deeper understanding of how soft corals and their symbiotic algae deal with the marine heatwaves.

“We are examining which species of algae and bacteria survived the heatwaves, which were expelled from corals, and which came in to fill the empty spaces,” Steinberg said.

“This can help us understand if there are any interventions, like adding more heat-resistant symbionts to reefs, that might help corals at Lord Howe Island survive and recover from future marine heatwaves.”

The full paper on the team’s research can be found in the journal Frontiers in Physiology.