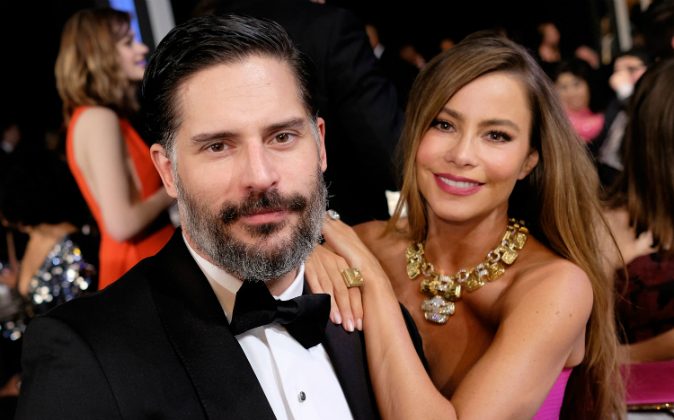 Actors Joe Manganiello (L) and Sofia Vergara in the audience during The 22nd Annual Screen Actors Guild Awards at The Shrine Auditorium on January 30, 2016 in Los Angeles, California.(Dimitrios Kambouris/Getty Images for Turner)
Entertainment

Joe Manganiello has been out of the spotlight since a severe case of appendicitis, and wife Sofia Vergara wants fans to know that he is doing better.

“He’s OK,” Vergara told Entertainment Tonight at “Modern Family’s” ATAS Emmy Event on May 2. “He had a little problem, but now he’s good.”

Manganiello was hospitalized in mid April for appendicitis and according to TMZ, the 39-year-old actor “went into the hospital late last week to have his appendix removed, but when doctors went in they were alarmed. We do not conclusively know the nature of the problem, but one source says his appendix burst.”

Michael Strahan on Last Days at ‘LIVE!’: ‘Every Day Is Great for Me. I’m on the Other Side of the Dirt’
Tupac Shakur’s Mother Dead

The couple had to pull out of a charity event hosted by good friend and fashion designer John Varvatos.

Varvatos was understanding with Manganiello’s absence: “They just couldn’t make it because [Manganiello] is recovering, I don’t know a lot about it other than that he’s had a little bit of a health problem. We wish him the best. We thank him for all his support that he’s given us and, most importantly, to get well soon because he’s such a wonderful guy.”

Sofia Vergara and Joe Manganiello married in 2014 in a romantic wedding ceremony in Palm Beach, Fla.

Romance is common motif in the pair’s union, according to Vergara.

“I’m always very special with him, so it must have been one of my normal days,” said the 43-year-old actress when asked about the seemingly random tweet sent out by the “Magic Mike” actor on April 17.

“I love my wife,” he tweeted to thousands of his followers.

I love my wife

The couple doesn’t share any children together, and the 43-year-old actress is open to the idea of being a mother again to an infant.

“My husband is younger than me and he wants kids so we’re trying to figure out what we’re going to do,” she said to Net-A-Porter’s weekly digital magazine The Edit in February of this year. “The idea of doing it all again doesn’t scare me but, hey, it’s not like it’s going to happen naturally, is it?”

Vergara is the mother to 23-year-old son, Manolo from her previous marriage to ex-husband, Joe Gonzalez.